Skip to main content
Related Articles
Diversity without inclusion: Why it doesn't work Gender diversity requires a focus on the men

Behind the pay equity debate 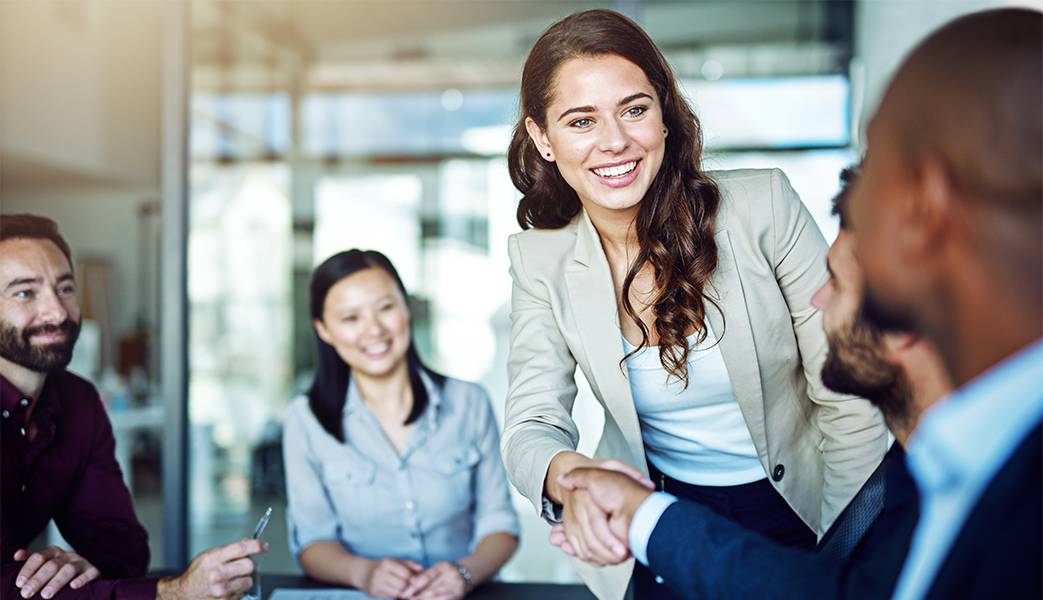 I just read another yarn about pay inequity which failed, yet again, to explain the facts about why we are behind.

With undoubtedly good intention it read: "Did you know that, on average, women currently need to work an additional 66 days to earn the same amount as men in a normal financial year?"

The article went on to explain that this year, Equal Pay Day in Australia was marked on September 4, which symbolises how far into the year women must work to earn what men earned in the previous year, and the exact day differs both by year and by country.

I appreciate it makes for a simpler explanation and headline, but what the article failed to explain – and I'm yet to come across one that isn't guilty of the same – is that the way this is devised is by taking x men's salaries and dividing them equally to find the average. Then do the same with the same number of women and voila, there is a percentage wage gap.

Now let me be really clear. I believe there is an absolute need to raise awareness regarding the inequity between men and women in the workforce, and the WGEA (among others) do a fantastic job of it, but the detail is important if we are really going to affect change.

The reason we are behind is not simply and purely because we are not paid the same for like-for-like roles held by our male counterparts, rather it's because, thanks to history, women are typically holding lesser paying roles than men.

There are a range of factors that affect wages that can be found online, and while I don't deny they are all valid, it irks me when people throw out the inequity line without a proper understanding of the true issue that needs resolving... more women in senior roles versus more pay for junior roles.

Of course there are exceptions where women are paid less than their male counterparts for the same role, and there are also some women in roles who are being paid more than men for the same gig.

More typically, we are still holding the majority of administrative, carer-nurturer type roles we were considered suited for when the employment doors opened to women in the early 1900s, while men sit in the Boardroom and in senior roles in Government or trade tales in the (metaphoric) executive lounge.

You only have to be early to the Qantas Club to see the queue of men in suits and the occasional fleck of colour on the few women awaiting entry.

The Australian Institute of Company Directors said only four months ago that we need action to achieve greater gender diversity. Progress has stalled on the target to have 30 per cent female directors by 2018. 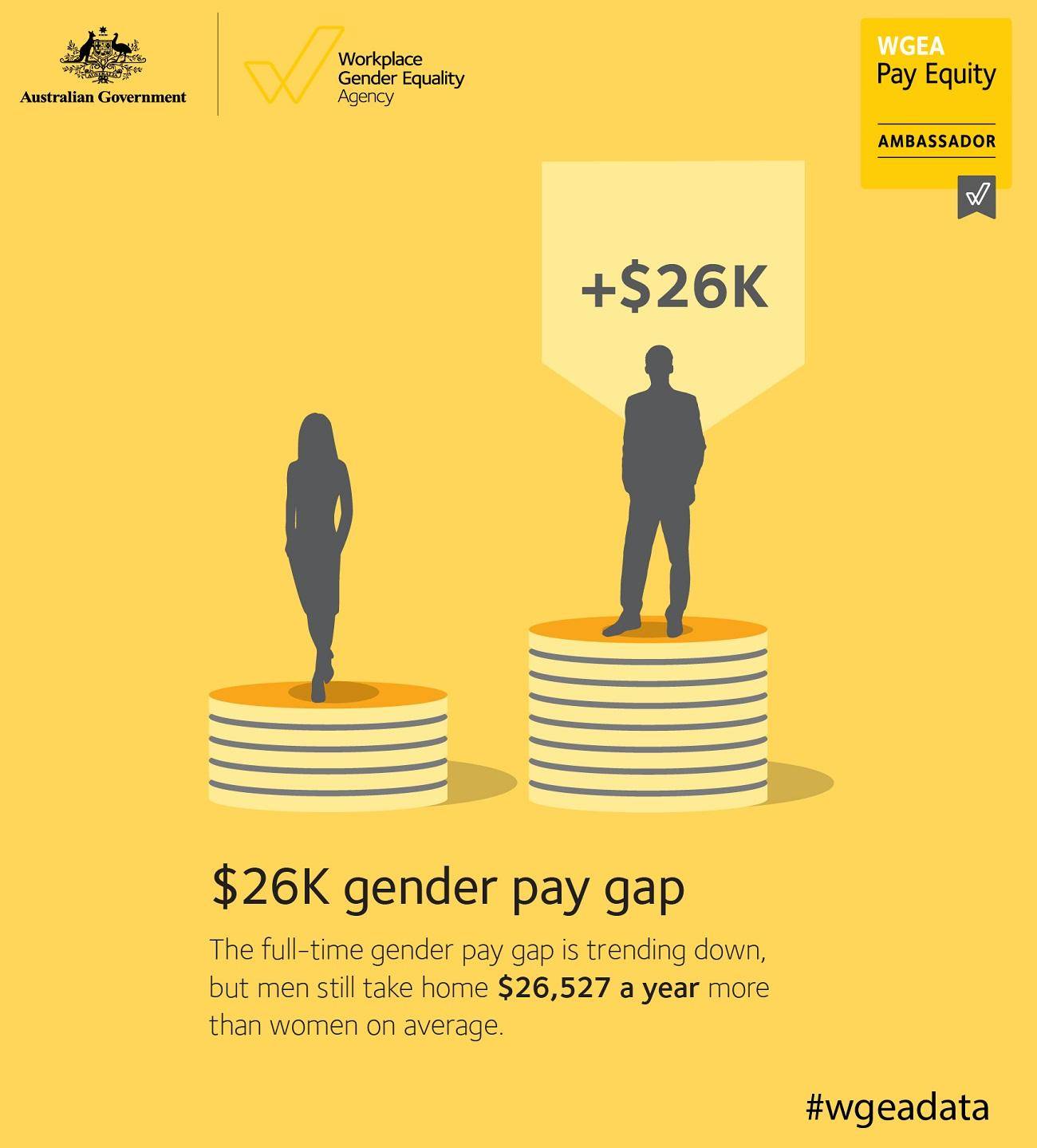 There's a plethora of studies showing irrefutable evidence on the benefits of females in senior positions.

theBoardlist cites the top reasons as improved problem solving, increased collaboration, increased and improved mentoring. Women also make the businesses more profitable, according to a global analysis of 21,980 firms in 2016.

So what is the answer?

At the risk of making it sound simple, each company should absolutely start with an assessment of their employees wages and, on a like-for-like basis, ensure there is no gap that cannot be justified by experience or skills.

According to WGEA data released today, it's pleasing to see there's an almost 11 per cent increase in the number of companies that have undertaken this assessment with a view to awareness and action.

But what I believe will have a greater impact is a focus on appointing more women into senior roles, thus bringing greater diversity to the table and equality in the wage count.

The flow on effect, other than pay equity, is that companies need to build a strong pipeline underneath the management layers so we will benefit from greater female representation throughout the business.

I'm proud to say I work for a company that is doing just that. 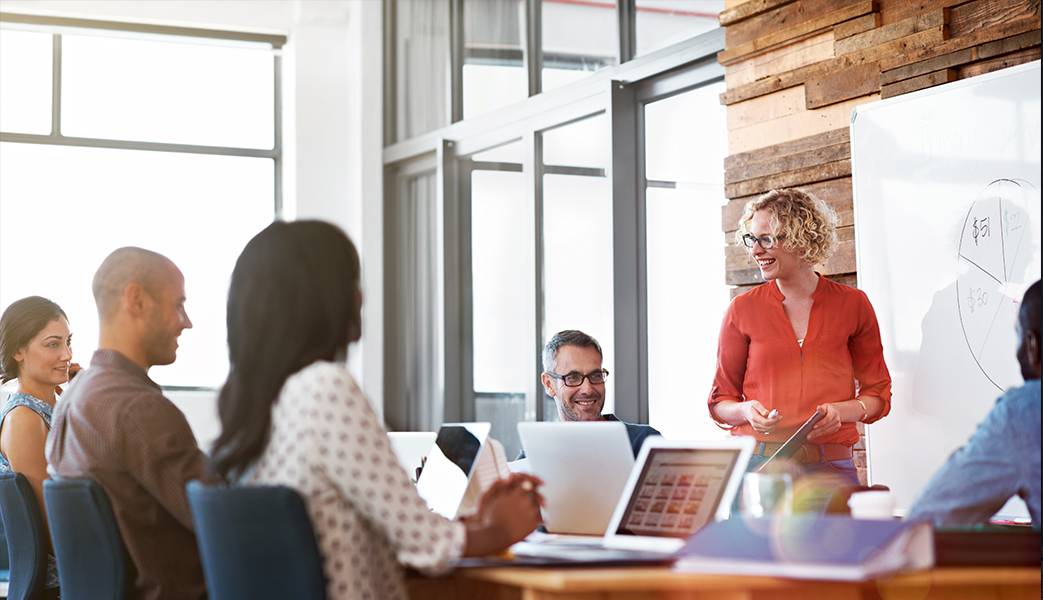 NBN Co is working hard to make a difference in a traditionally male-dominated industry and undertook its first pay gap analysis in 2014 when we self-subscribed to the WGEA's pay equity program.

The company has also reviewed its recruitment processes to support greater diversity in management roles and more broadly, growing a diverse talent pool.

We are targeting 33 per cent women in senior management roles by 2020 (currently 28%) and, more importantly, we have underlying initiatives that ensure we can reach our target in the right way.

At the same time, we need to continue to develop programs to encourage women in STEM and more men into traditionally female roles such as home care and teaching.

We have launched a graduate recruitment campaign to appeal to female STEM students and broader hiring of female graduates.

While we still have a way to go, I have no doubt the impacts will be felt sooner with a committed leadership team and a strong strategy in place.