Skip to main content
Related Articles
Streaming is the new black! How much speed do you need? Weaving your way to wicked wi-fi

Home alone: switched on to a new way to work, rest and play

Working from home is a growing trend for those who seek flexibility and a different style. And fast broadband is making it easier.

Slogging into work in heavy traffic or on overcrowded buses and trains is the bane of many commuters’ lives.

It’s stressful, frustrating, time consuming and it takes a toll on your pay packet.

But with fast internet connections available over the nbn™ network, working from home is an alternative many have chosen to take.

Leading the charge in the new digital age are mothers looking to return to work after having babies.

Nearly one in five mothers worked from home in 2011, according to the Australian Institute of Family Studies.

And two of them, Leah Gibbs and Kate Sykes, have turned that need into new careers. 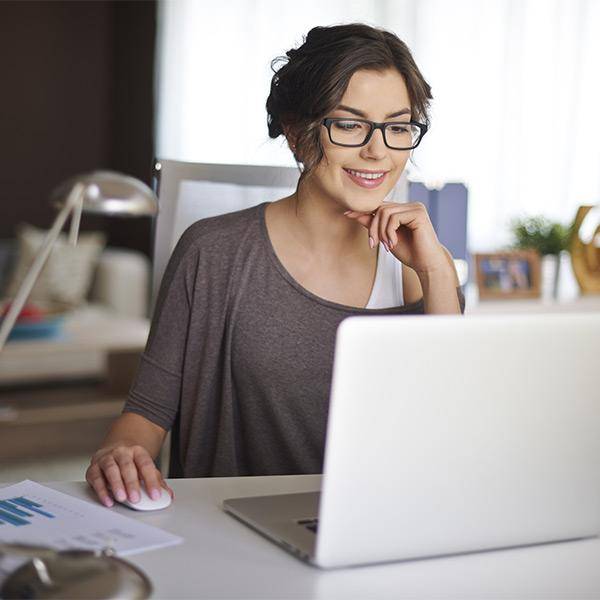 Ms Gibbs is the founder of Work At Home Mums and Ms Sykes started Career Mums, both businesses they set up to find work for women who, like them, had just had children.

“Every mother follows this same path,” says Ms Gibbs. “We fall pregnant, we don’t want to go back to work, so we look for something to do from home or something flexible and you realise there’s not much out there.”

Ms Sykes adds: “There are a lot of women wanting to work from home, and you do need to make sure you have fast internet coverage to run your business, whether it's using Skype or other source-sharing systems.

“I use video conferencing, particularly if I am doing return-to-work coaching for women who have a job to go back to. With fast broadband, it doesn’t matter where they are.”

Ms Gibbs agrees. Fast broadband makes running a home business that much easier. Since launching her business in 2007 after having a baby, and posting links to opportunities for other mothers, she says she has seen her website “explode”.

“I didn’t spend a cent on advertising,” she says. “It was just I was using the keywords people wanting jobs were searching for.”

Discipline at the Desk

Both women warn that you need discipline and to be prepared for a degree of isolation when you opt to work from home.

“It does get lonely,” says Ms Sykes. “You have to build a network of people and you need discipline. I don't take personal calls. I don't prepare dinner for the evening. I work. I know some people are productive in their jammies but I'm not. I’ve met people at workshops who get up and get dressed as though they’re off to the city, drive around the block and back into the garage to start their working day.”

Both Ms Sykes and Ms Gibbs say the upsides of flexibility, new skills, and the challenge of running a home business put any negatives in the shade.

GenNBN is on its way

There’s still plenty of room for growth in the home-working sector, as The Sydney Morning Herald report. The Australian Work and Life Index survey published last year found just 16 per cent of employees worked at home on a regular basis.

But a recent nbn-commissioned report, Towards a Super Connected Australia, written by demographer Bernard Salt, found fast broadband will trigger a cultural upheaval in Australia over the next few decades, not least in the approach to work.

“Our research identifies a new generation likely to emerge in the 2020s – GenNBN – the first generation of young Australians raised to maturity in a supremely connected world powered by universal access to fast broadband,” says Mr Salt.

“Freed by technology from the dogma of living in the suburbs and working in the city, this new generation will increasingly re-organise when and where work is delivered.”

“With work increasingly measured by creative deliverables, GenNBN will most likely complete work in bursts of activity over a 24-hour time frame rather than in the traditional nine-to-five ‘work day’. It may be that by 2030 large Australian cities will be configured differently with some workers in touch-down office spaces but with others telecommuting from home, from lifestyle retreats, from cafes using HD-video conferencing and collaborative cloud computing services to complete tasks and hold meetings.”

Check your address to find out if the nbn™ network is available at your home or business.