Skip to main content
Related Articles
Learning a new skill online: Languages What is crowdfunding? A handy guide How and why to teach your kids to code

The modern digital economy is spawning a new breed of millionaires.

From tech wunderkids like David Karp and Nick d’Alosio to the queen of beauty blogging Michelle Phan, meet the young entrepreneurs who’ve made their fortune in digital.

Karp, 29, is the brains behind Tumblr, the hyper-popular blogging network for the connected generation. He started his career at age 17 at UrbanBaby and rose quickly through the ranks to become the head of product.

When the company was acquired by CNET in 2006, Karp started his own consulting business called Davidville. It was at this time that he conceptualised a micro-blogging site, leading to the birth of Tumblr in 2007. 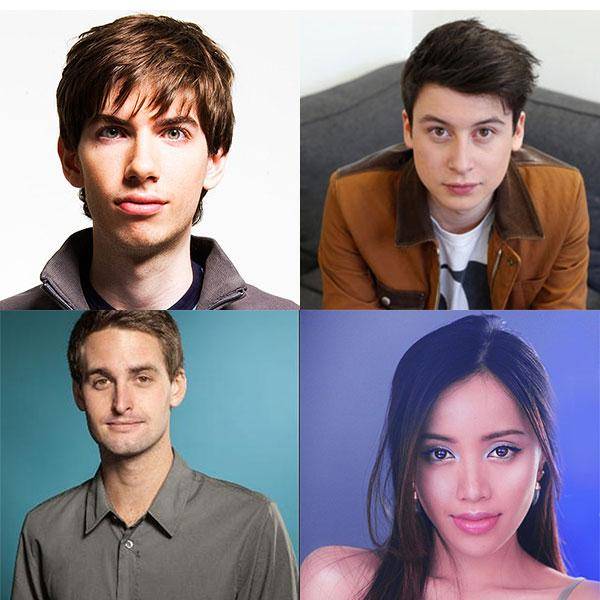 Today, Karp is reportedly worth $200 million (Forbes estimate), Tumblr has been valued at $800 million and hosts over 248 million blogs.

The best way to describe Nick is as a tech wunderkid. A 19-year-old self-made millionaire, Nick is best known for inventing a summarisation and artificial intelligence technology called Summly.

In 2013, he was catapulted into stardom when Yahoo acquired Summly for a reported $30 million.

D'Aloisio currently leads Yahoo’s News Digest app, which launched at CES 2014. He has also won the 2014 Apple Design Award at WWDC for it.

The 25-year-old CEO of Snapchat is the world’s youngest billionaire. Worth $2.1 billion (Forbes), Spiegal hit the jackpot with his app, tapping into the ephemeral nature of modern communication.

With his Stanford classmate Bobby Murphy, Spiegal revolutionised instant messaging by creating an entirely new category in that domain. Today, Snapchat has over 100 million users.

He is also a divisive figure – he spurned a $3 billion buyout offer from Facebook and had a series of embarrassing frat emails made public.

The 27-year-old YouTube beauty tutorial starlet is one of the finest examples of what happens when you find  your niche online.

Phan's YouTube channel has over 7.9 million subscribers, her ‘how to’ beauty tutorial videos have had 1.1 billion views, and according to some estimates, her empire is now worth $84 million.

In an interview with ABC News recently, Phan revealed she was inspired by her mother. “She was an immigrant when she came here to America, she had a great education when she was in Vietnam, but after the war, the entire country was devastated. So she came out here and didn’t know how to speak English, had less than $20 in her pocket. For the rest of her life she had to become a beautician and do nails,” she said.

About her success story, Phan says, “YouTube was the biggest thing in the college community, and it just made so much sense for me to have a platform,” she said. “Instead of feeling down about it (not finding a job), I opened another door, and that door happened to be a laptop.”