As an nbn™ local Manager in New South Wales (NSW) and the Australian Capital Territory, my region covers a massive 509,713 square kilometres in central and west NSW. Late last year, I had the opportunity to travel with Local Land Services – a NSW government agency – as it ran drought information and recovery workshops, as well as Ladies in Livestock events in Central NSW.

It got me thinking about the agencies that are providing services to the same communities in Central and Far West NSW and about how, every time an event or information session was conducted, many farmers had to travel long distances to attend.

Combating the impacts of drought

NBN Co approached the Drought Taskforce from the Department of Infrastructure, Transport, Cities and Regional Development, which supports drought-affected families, local governments and communities to combat the impacts of drought. The taskforce was keen to be jointly involved in the project and provided immediate resources to get the drought-assistance convoy up and running as soon as possible. Together, we compiled a list of interested agencies, stakeholder organisations and charities, and then arranged and booked venues, prepared posters and advertising material, and organised media for the sessions.

A number of the involved agencies used their local networks and databases to spread the word that the convoy was coming to town, with the local grapevine swinging into action. People at events told us they had neighbours phoning and messaging them to make sure they knew all the details. 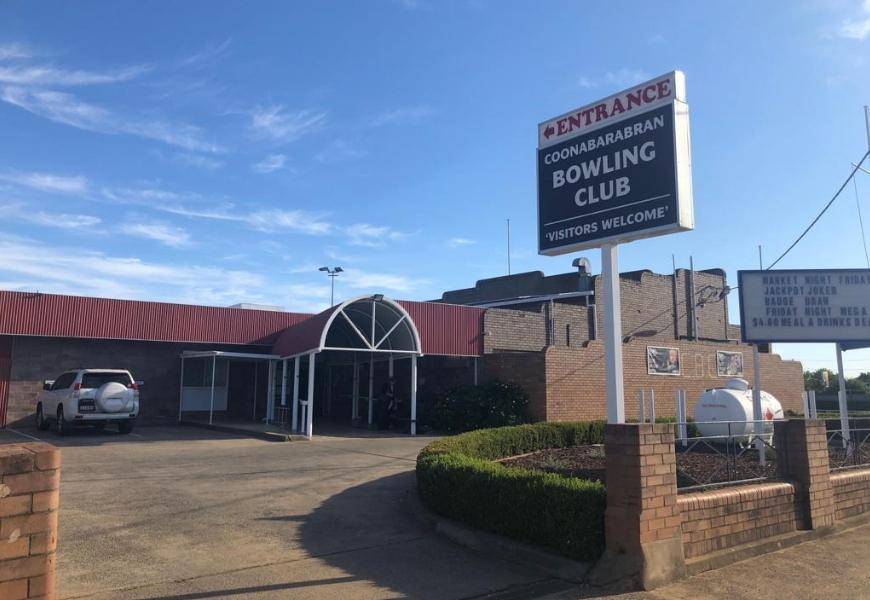 Drop-in sessions were held in venues like local bowling clubs

An outpouring of help

The first drop-in session was held on 15 January in West Wyalong with many federal and state government agencies, farming organisations, and charities pouring into town to actively help farmers and local businesses access drought support measures. Advice was offered on how to access the Farm Household Allowance, with Centrelink staff and Rural Financial Counsellors on hand to provide assistance.

Others chatted with Australian Taxation Office representatives about how to manage finances during the drought. And my team provided information on how to connect to the nbn™ broadband access network, informing farmers on potential cost savings alongside the benefits of helping ensure businesses stay connected and families are not isolated.

We had amazing support from NSW Farmers, Local Land Services and the NSW Department of Primary Industries. It provided advice about state government drought-assistance initiatives, drought recovery, as well as the many networks and events in each region to allow communities to support each other.

Charities including The Salvation Army, Rotary and Vinnies were also in attendance to answer questions about the financial assistance available as part of the $30 million Drought Community Support Initiative, and the Country Women’s Association, which provides much-needed additional financial assistance to farmers and their families.

The journey to assistance

By the end of the NSW leg of the drought-assistance convoy, we had travelled for seven weeks, covered 11,425 kilometres and driven for 129 hours. We had more than 20 agencies and community groups join us at various sessions, while 24 events allowed 1300 people to receive assistance, advice and a chance to catch up with friends and neighbours.

Just to show how close-knit these communities are, most of the venues were donated free of charge by the local RSLs, bowling clubs, Police Citizens Youth Clubs and community halls, with councils and communities providing help to ensure the sessions were easy to access and well promoted.

Image carousel: use the left and right arrow keys to change the image 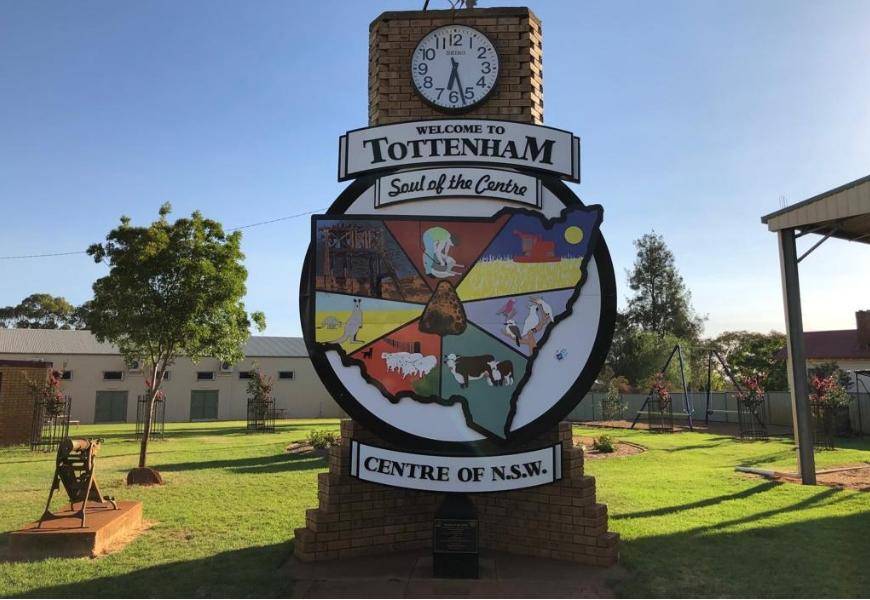 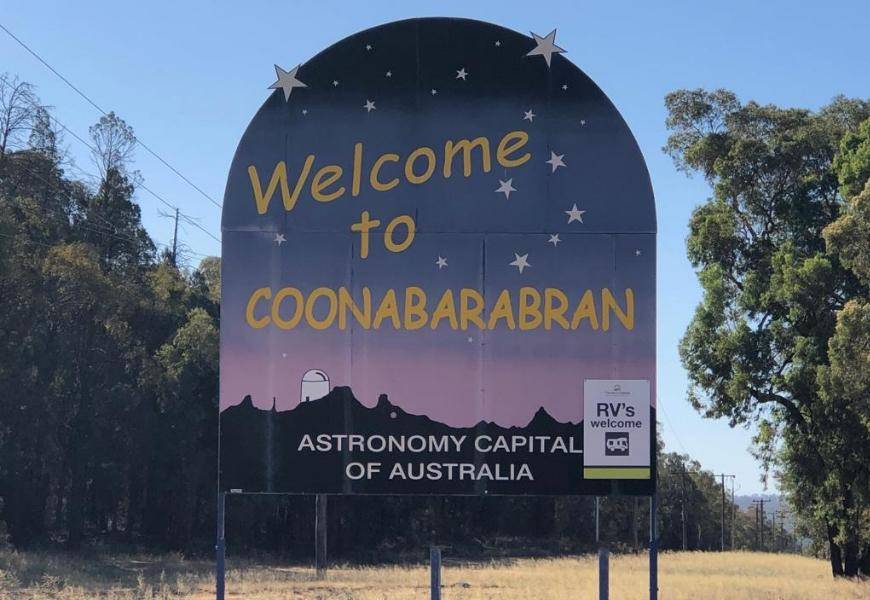 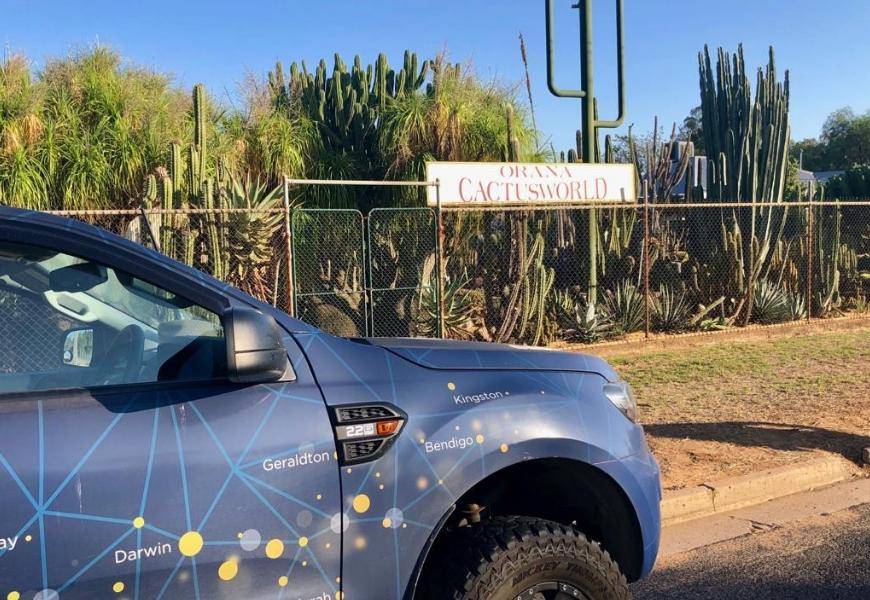 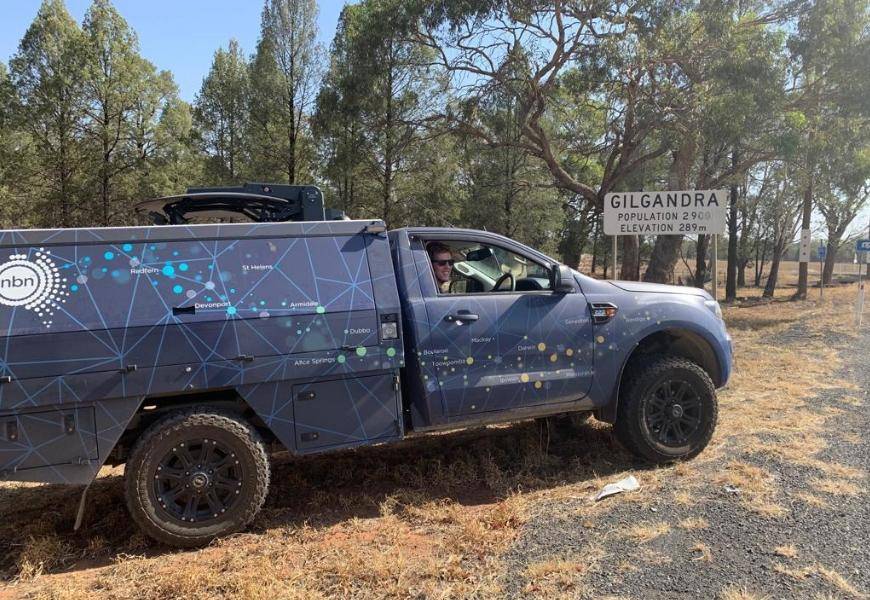 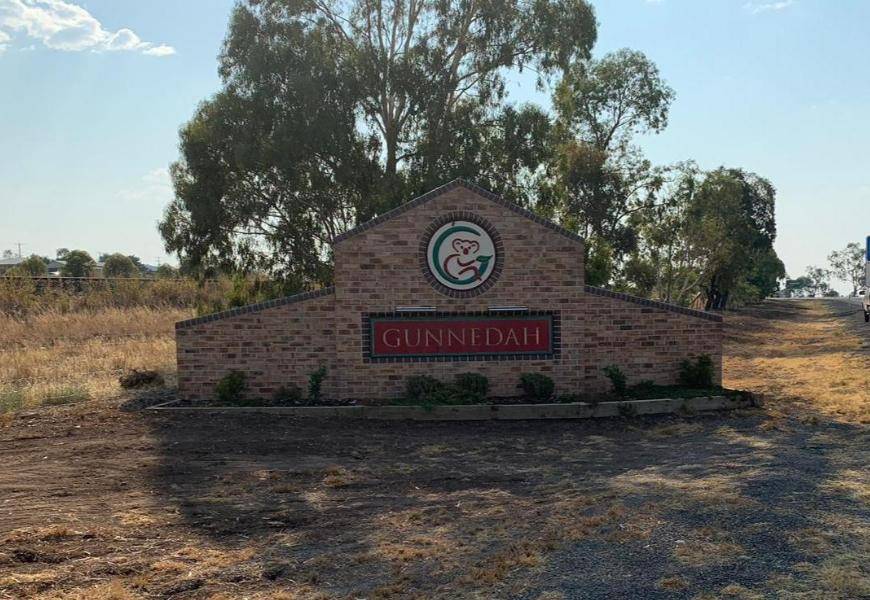 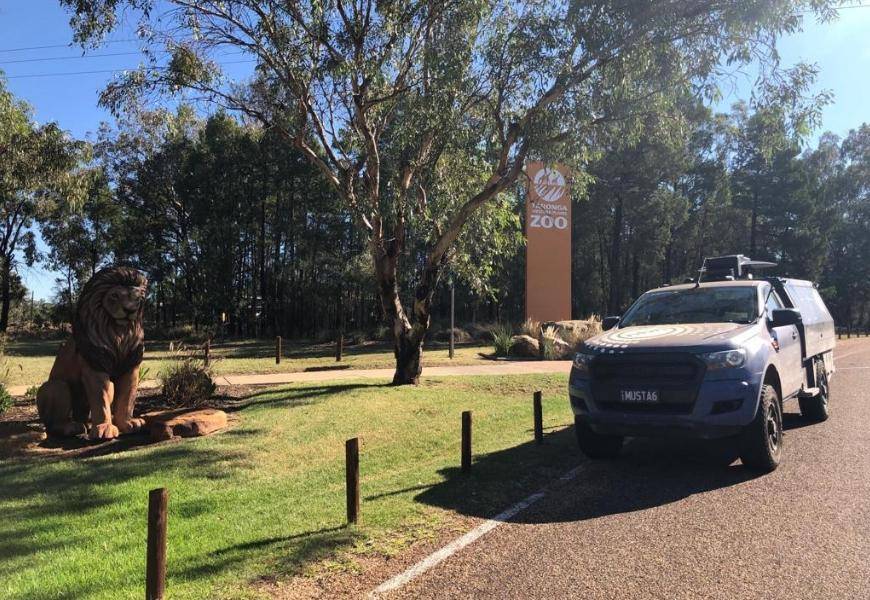 The Coordinator-General for Drought, Major General Stephen Day, attended a session in Narrabri where he spent the day speaking with farmers about how the drought has affected them. He discussed how best to implement drought recovery and talked about preparedness in the future.

Every stop had taskforce representatives available to assist with any queries regarding federal government funding. More importantly, they were there to get firsthand feedback on how the taskforce can assist moving forward and to get up-to-date information back to the team in Canberra to contribute to future policy making.

Travelling through so many parts of NSW made me appreciate the diversity of the land, as well as the uniqueness of each town we passed through and visited. We got caught in dust storms and followed road trains for hundreds of kilometres. We dodged hundreds of kangaroos and saw so many animals, including emus, wild goats, cattle, sheep, horses, wild pigs, snakes and flocks of birds.

We went to mining towns, watched crop dusters flying mere metres above the ground and saw the fishing traps of Traditional Custodians. We drove through the smoke of a bushfire and experienced a few precious drops of rain over the weeks. Seeing so many of our large river systems bone-dry has stuck with me and made me realise how they truly are the lifeblood of the regions. 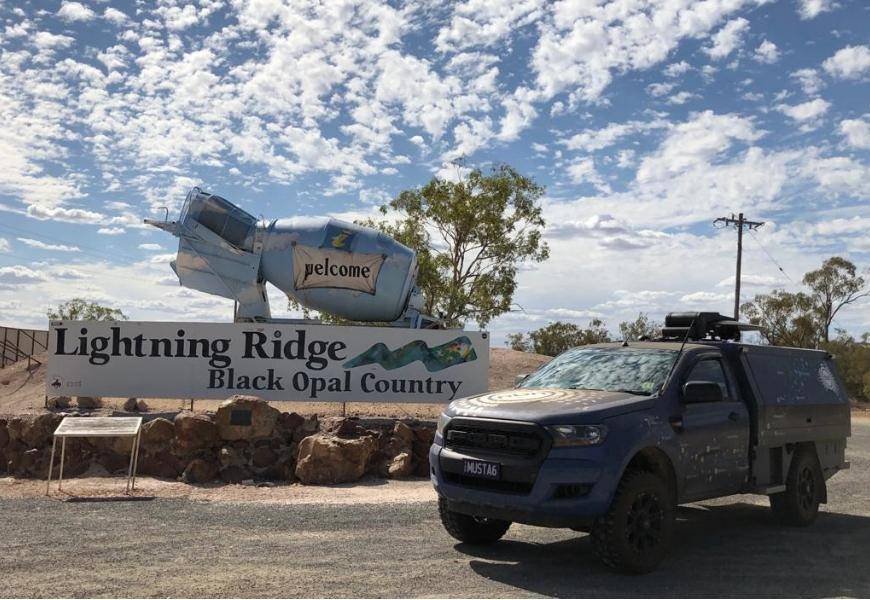 Above all of the hardship and struggles that were shared with us, the overwhelming feeling I came away with was the strong sense of community we got to see. These sessions turned into big community catch-ups, with many groups staying to chat with each other long after we had packed up and moved to the next stop.

We had Rotary firing up the BBQ and clubs providing free tea, coffee and food. We also saw a lot of teenagers and younger kids at each session asking for advice, or helping their parents or grandparents navigate through all the information.

It was also amazing to see organisations, such as The Salvation Army, at work. They travel around in their caravans and offer people anything they need to make a difference, while providing comfort and support. 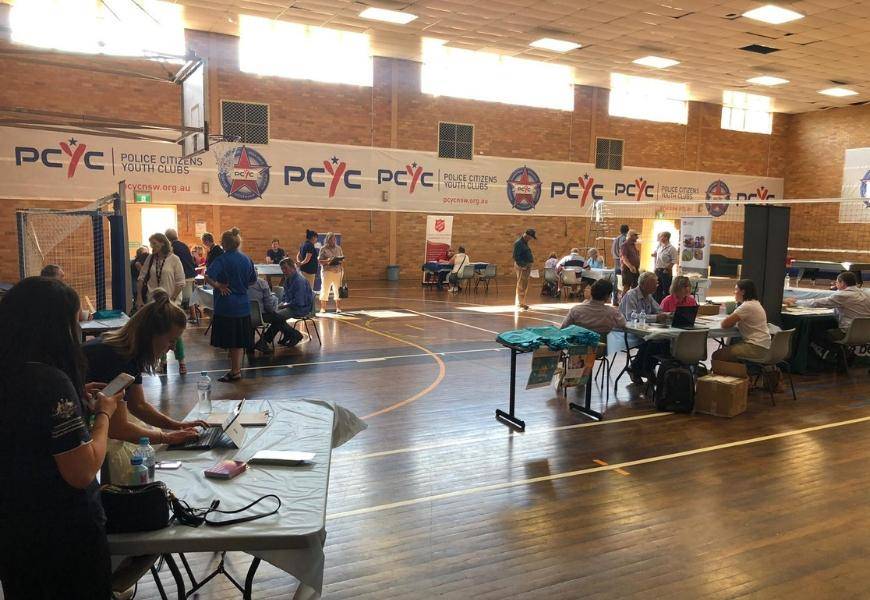 The Salvos, Vinnies and Rotary were in every region we visited, and volunteers poured through the door at each session to help their friends and neighbours. Each of the charities was making follow-up house calls just to make sure people were okay. They work tirelessly in these communities, and it was amazing to see them all at work firsthand.

Rusty Lawson from The Salvos summed it up perfectly for me: “Kate, there are no such things as strangers – they are only friends you haven’t met yet.”

Our commitment to rural Australia

At NBN Co, we are committed to regional and remote Australia. This started with prioritising the rollout to help ensure the nbn™ access network can deliver social and economic prosperity to Australians in rural and regional areas. We have ramped up our direct engagement with users through the nbn™ local initiative, which brings locally based experts closer to Australian communities.

My nbn™ local colleagues across the nation have spent thousands of hours talking to individuals, businesses and community groups. They provide all manner of information about the nbn™ access network. Updating on the status of the rollout. Informing on how to connect when the nbn™ access network arrives by checking individual needs and usage patterns. Selecting the right plan and advising on how to connect through a phone and internet provider. 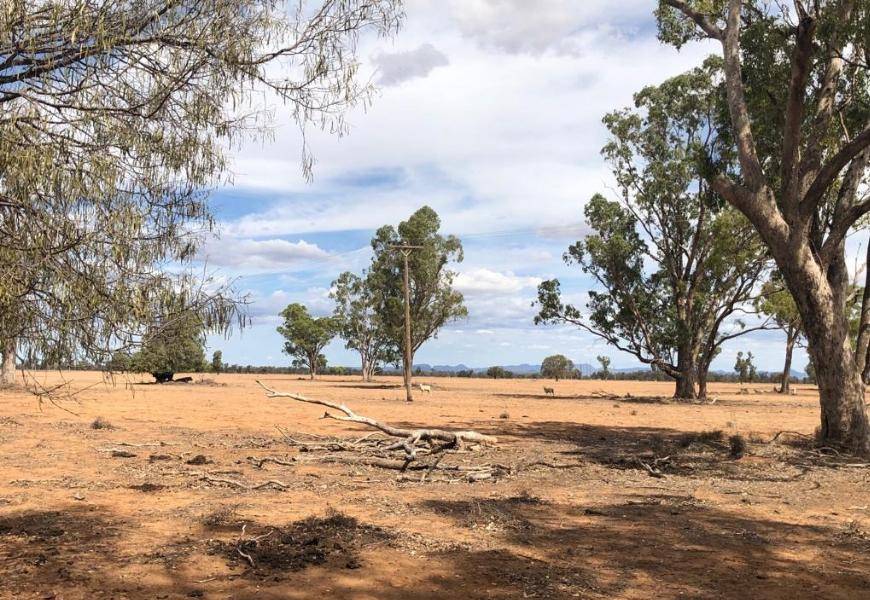 Most of the farmers I met can access the nbn™ Sky Muster™ satellite service. They were excited to hear about soon-to-be-introduced Sky Muster™ Plus. This product allows for unmetered data use for selected activities, like web browsing (static images and text), selected email sites, and common critical smartphone and PC operating system software updates*, while also providing metered plans for other content like audio and video, file sharing and cloud storage, and application updates^. It’ll help bring the bush another step closer to its city brethren.

Sky Muster™ Plus will help deliver fast download speeds that can now boost above 25Mbps wholesale speed when network capacity allows.# Outside of this specific product, NBN Co will continue to optimise the pricing model and data plans on the Sky Muster™ satellite service with additional business and education services expected to be available in 2019.

Research commissioned by NBN Co has already shown that additional economic activity in regional Australia was boosted by $450 million in fiscal year 2017. It shows the nbn™ access network is helping to create new opportunities for farmers and regional businesses looking to move into the online space and giving them access to nearby cities and even world markets.

Tourism is something that will help some of these drought-affected towns to grow and thrive, so being able to better promote the local races or festivals online is opening up a world of opportunity as local councils think of new and exciting ways to bring people to their towns. 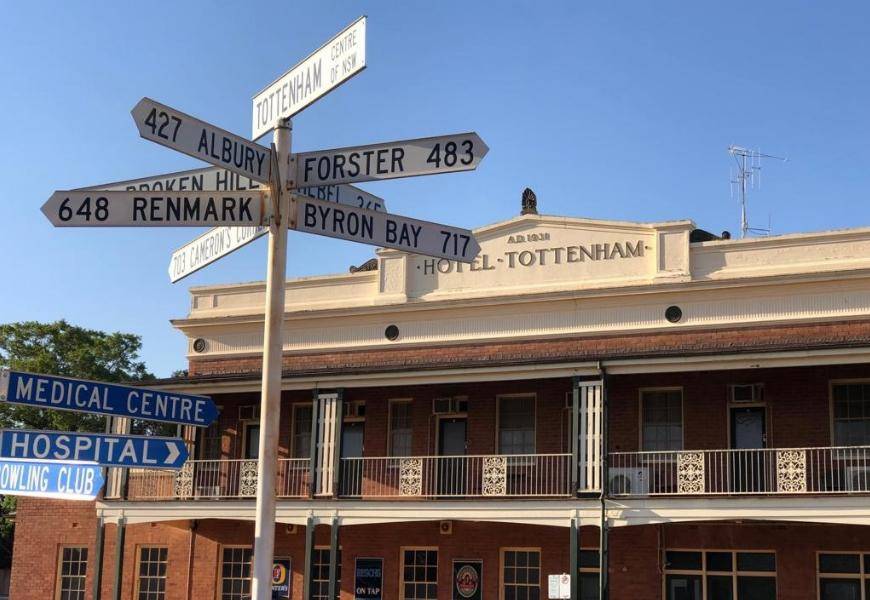 For your next holiday, consider visiting some of the fantastic regional towns just a few hours’ drive away. You’ll be helping the local businesses when they need it most, plus you’ll also get to meet some amazing people along the way.

This may be the end of my journey with the drought convoy, but I’m glad it’s continuing to support other drought-affected regions in Victoria, Tasmania, Queensland and South Australia.

Details can be found on the Department of Agriculture and Water Services website.

* When applications and network support allows. Some exclusions and limits may apply. For example, all traffic using a VPN will be metered, and software downloads may be speed-limited in busy periods.

#While people may experience some bursts above 25/5Mbps, this is not guaranteed. Speeds will fluctuate over time. nbn will investigate services that are not capable of achieving wholesale speeds of 25/5 Mbps at least once a day. Note that an end user’s experience, including the speeds actually achieved over the nbn™ broadband access network, depends on the nbn™ access network technology and configuration over which services are delivered to their premises, whether they are using the internet during the busy period (typically, 7pm to 11pm), and some factors outside of NBN Co’s control (like their equipment quality, software, chosen broadband plan, signal reception, or how their provider designs its network). Speeds may also be impacted by the number of concurrent users on the Fixed Wireless network, particularly during busy periods. Satellite users may experience latency.

^ Wholesale speeds may be reduced if metered allowance is exceeded.