A story of outback journalism: Before and after connectivity

Erwin Chlanda has been in the game for 55 years, and he doesn't plan on retiring any time soon. 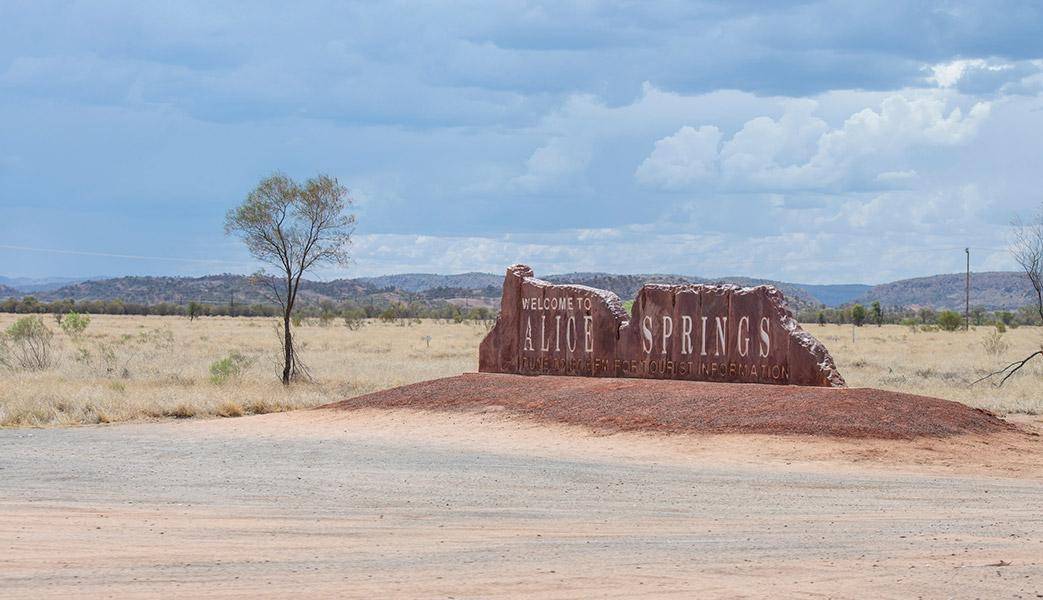 One of Australia’s first online newspapers popped into life in central Australia in 1997.

Behind its creation was photojournalist and entrepreneur Erwin Chlanda, now 71 years of age but in his head, still a young adventurer with an endless fascination for news and technology.

The online Alice Springs News today has a monthly readership of 22,000 with an average 185,000 hits.

It’s Erwin’s endurance and tenacious optimism that has helped this news site withstand the tests of halting technology – until a month ago when he finally got the chance to connect to the nbn™ Sky Muster™ Satellite service.

Up until that point, the struggle to keep the Alice Springs News alive had been no easy ride.

Initially, it was powered by ADSL broadband in the town centre, but when Erwin moved his operations to his home office not far from Alice Springs Airport, he relied on a 3G mobile broadband system that slowed with each planeload of disembarking passengers.

To overcome this, he erected a bigger satellite dish from his verandah aimed straight at the Telstra mobile tower, but even that couldn’t compete with the simultaneous onslaught of passenger’s devices springing into action.

If anyone has understood the limitations of little to no broadband, and unreliable phone services in remote areas of the outback, it’s Erwin.

He has been a foreign correspondent, documentary film-maker, journalist, photographer, pilot, and camera operator for 55 years, for the most part in central Australia.

He is a walking, talking archive of every major news story that has broken in central Australia over four decades, and counting.

He was the first cameraman on the scene at countless milestone events, royal visits and horrific scenes, such as when two hot air balloons collided mid-air just outside Alice Springs in 1989, killing 13 people, or when an enraged truck driver slammed his truck into a motel bar at Uluru killing five people and injuring 16 others. 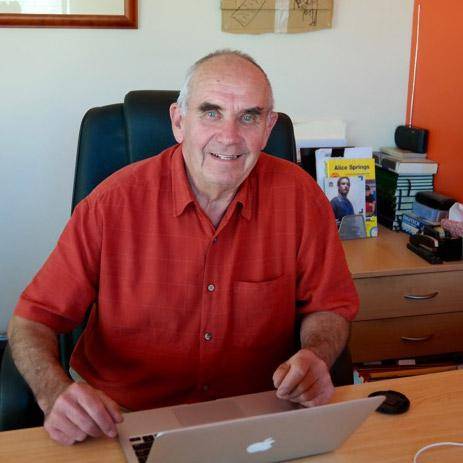 Before radio, satellite and fibre-optic broadband feeds became available it was a matter of hopping into a light aircraft, getting back to Alice and putting the tin of film on the next Adelaide flight.

From there his vision could be fed out across Australia as Erwin sold most of his material on a pool basis (with lots of conversations such as: “Hang on, Erwin, this is Frank you’re talking to. Your mate. We can have this exclusive, can’t we?”). 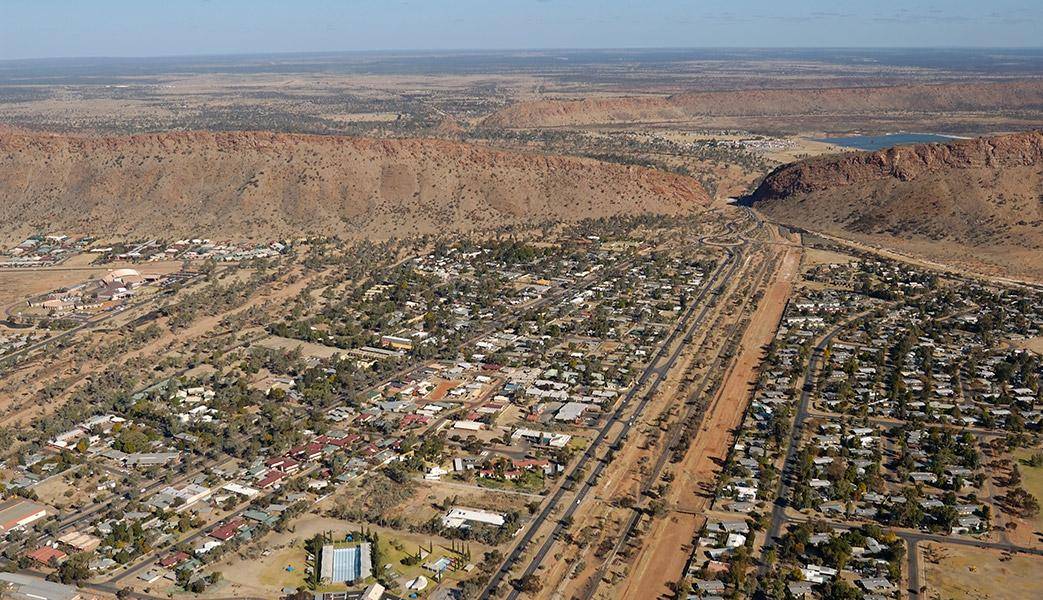 From this long and experienced career, his biggest achievements and greatest impediments in covering stories in remote areas has boiled down to one single factor – connectivity.

Telecommunications is the lifeblood of journalism and fast connectivity is the vital ingredient that makes news “new”.

Erwin’s inexorable quest for finding, writing and generating news developed in the early 60’s in Vienna – a city with a high literacy rate and unquenchable appetite for newspapers. The city once supported 11 daily papers in the mid 1800s, plus lots from surrounding countries, and by 1960 it still had about six thriving city newspapers.

Erwin became a cadet journalist at the age of 16, and quickly became a “two-finger typist” with a one-ton typewriter, aggressively competing with hundreds of other journalists clambering to get the best story first.

By his late 20s he’d had enough and immigrated to Australia, polished up his English skills and arrived in Alice Springs keen to start reporting again in a new language and a new country filled with amazing people and extraordinary stories.

The majesty and romanticism of the Aussie centre so captured his imagination, he hasn’t stopped reporting, filming and photographing every major and minor event related to the outback.

Furthermore, he has no intention of retiring.

Over many years, central Australia has attracted hundreds of young journalists seeking to broaden their horizons and learn their trade.

Well-known journalists like Nikki Gemmell and Louise Yaxley have spent time in Alice Springs on their way to stellar careers.

But Erwin remains an enduring force in central Australian journalism, across all mediums. He’s somewhat of a legend.

The online edition of his paper once supplemented the newsprint edition. 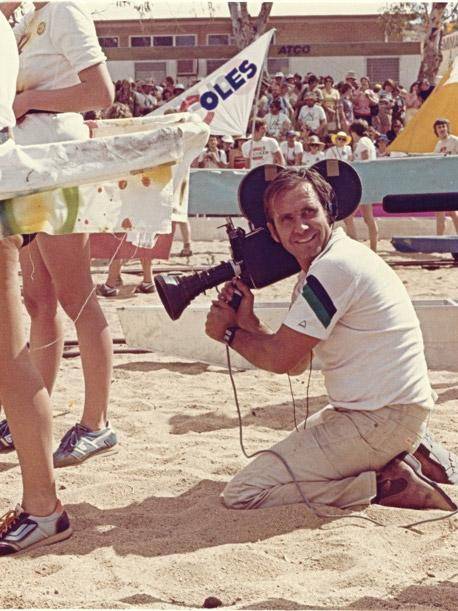 Since 2011, when he stopped printing and started publishing full time online, his audience-reach has bourgeoned and his production costs plummeted.

With access to a Sky Muster™ service, Erwin predicts his online news site will keep growing exponentially now that he can upload more data at a faster speed with a reliable broadband service.*

So what’s the next frontier in news delivery in central Australia?

Erwin would like a mobile Sky Muster™ service. “I need a satellite dish to attach to my mobile office, so I can report and run my news site from anywhere I choose to go in the outback.

“I want what you’ve got on your Road Muster truck. That’s what I want for Christmas,” he grinned.

Erwin isn't the only regional Aussie whose life could be changed by access to fast broadband on the Sky Muster™ service. Check our our  Sky Muster™ homepage for more stories about our world-leading satellite broadband.

*Your experience including the speeds actually achieved over the nbn™ network depends on the technology over which services are delivered to your premises and some factors outside our control like your equipment quality, software, broadband plans, signal quality and how your service provider designs its network.