Skip to main content
Related Articles
Are you ready to get ScamFit? Connectivity: more than a game Are you ready for an easy breezy connected summer?

Putting the smarts in sport: cricket, tennis and golf

From computer-chipped ‘smart’ golf balls that can be tracked on course, to the ability to watch up to four games simultaneously on your TV, and internet-enabled stadiums, sports lovers have never been more connected.

With many of us enjoying a bumper summer of golf, cricket and tennis, here, we take a look at how innovation is helping transform the world of sport.

To enable free Wi-Fi connectivity for thousands of patrons, great effort has been put into upgrading IT infrastructure at stadiums, such as the iconic Melbourne Cricket Ground (MCG), which has installed more than 227 kilometres of fibre optic cable.

Visitors who download the MCG app to their phones can access fan-friendly information, including the estimated wait time at on-site food and beverage venues, live car parking updates outside the ground, and how to find their allocated seat. 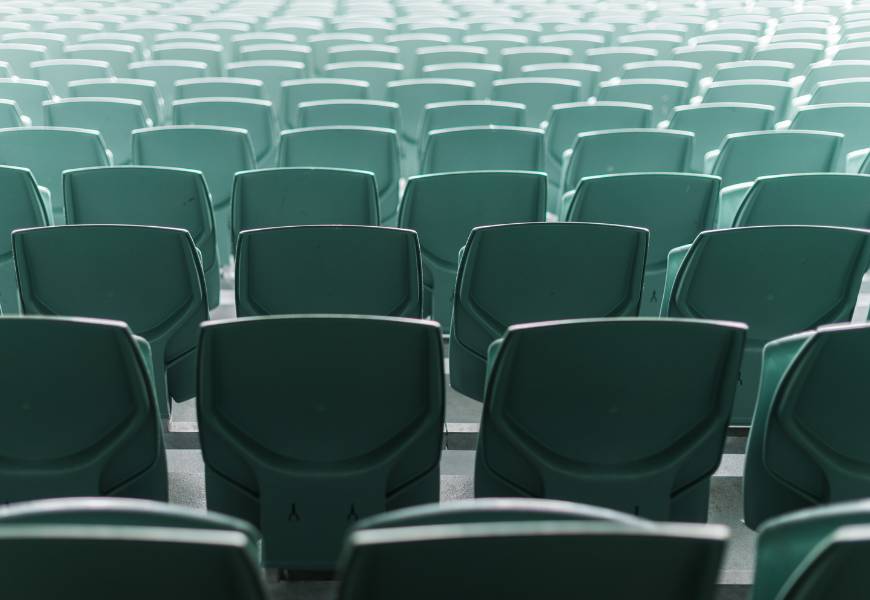 Patrons can also personalise the app by selecting their preferred cricket or Australian Football League team to prioritise content and match-day information.

Part of a $10 million suite of fan-focused digital upgrades throughout the venue, the 120-metre long by 10m high screen is the length of a football field and is expected to be in place for the start of the 2022 National Rugby League season.

For when you can’t get to the actual game, access clever interactive options without having to leave the couch.

The growing popularity of smart TVs, which come with in-built internet connectivity, means it’s easier than ever to enjoy your dream sports stream.

Whether on a TV or mobile device, sport-specific streaming services, such as Kayo, offer some cool features designed to allow fans to tailor their viewing experience.

Think access to interactive statistics, the ability to hide on-screen scores so you can watch an already-completed game as though it was live, skip straight to the best bits of a match, and view up to four sports feeds simultaneously on screen.

You can even jump back to the start of a live broadcast if you tune in late. 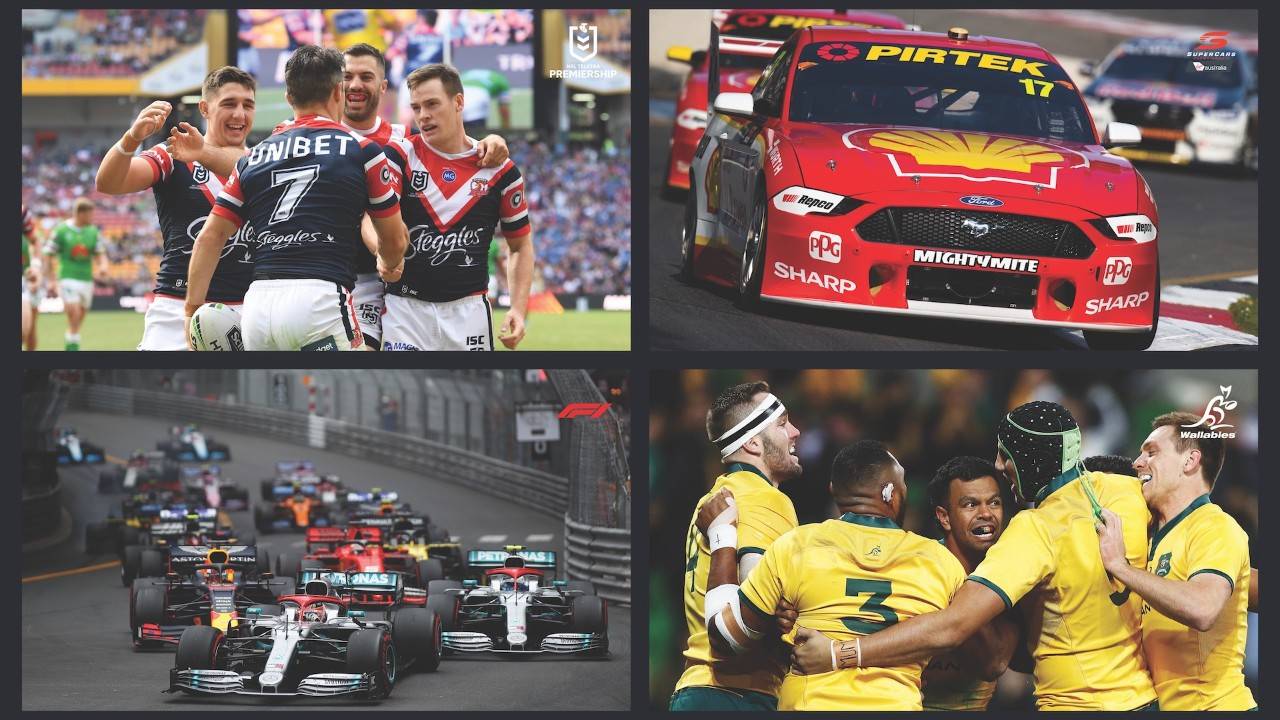 SplitView on Kayo
Back to Top

Sports of all persuasions have embraced technology on and off the field, as a means of bringing fans closer to the action, taking the guesswork out of umpiring, and improving performance during training.

While not all innovations have been approved for use in professional competition, it hasn’t stopped clever entrepreneurs, coaches and athletes from pushing the envelope to gain an edge. 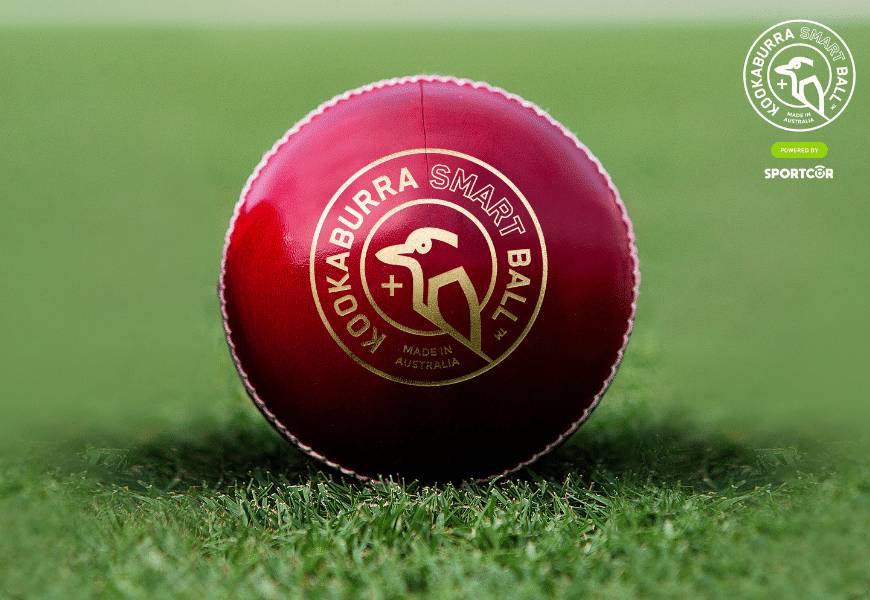 One example is the SmartBall.

Jointly developed by Australian cricket ball manufacturer Kookaburra and technology company SportCor, the high-tech ball has an embedded microchip that collects a wealth of data from the moment it leaves a bowler’s hand.

The information is transmitted in real-time directly to a smartphone app, allowing in-depth analysis of everything from the speed and flight of the ball to pitch behaviour.

Str8bat, by contrast, is a credit card-sized sensor attached by a Velcro strip to the back of a cricket bat.

When a batter strikes the ball, a built-in sensor records a smorgasbord of data including the movement path of the bat and its speed on impact with the ball. A 3D-gaming engine turns the data into visuals, and cloud-based analytics enable deeper scrutiny of the batter’s performance.

Plus, a host of on-field technology innovations have revolutionised not only how cricket is played but covered on television, delivering a much more immersive experience than in years gone by: 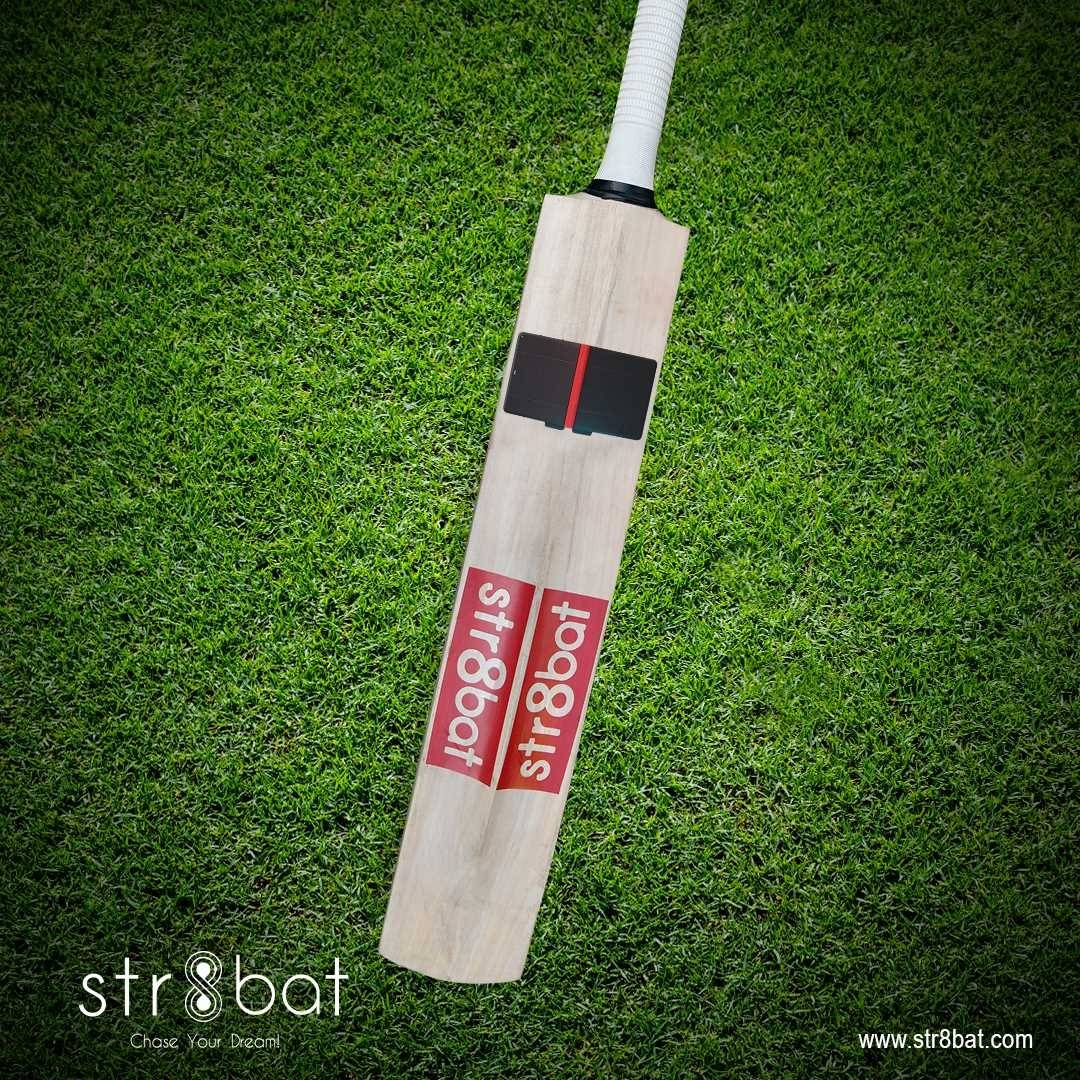 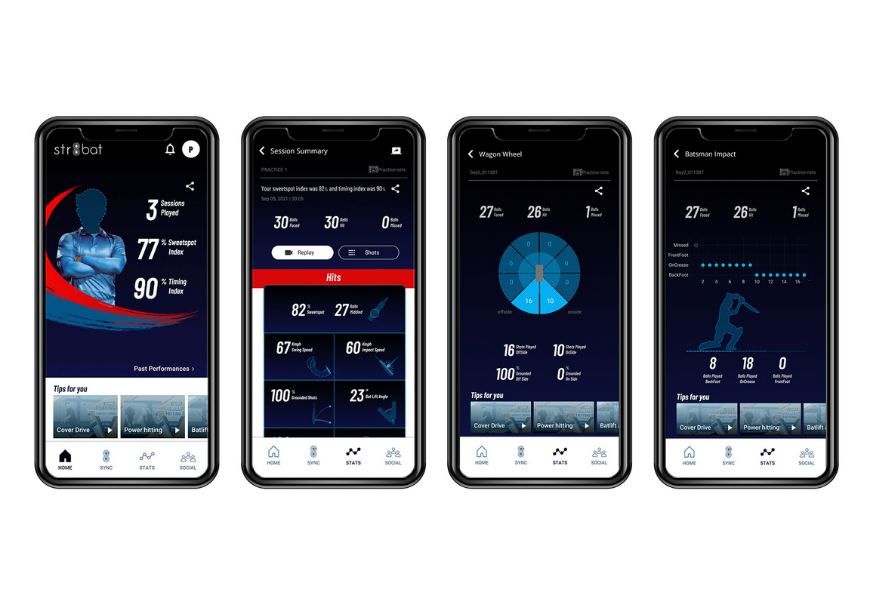 Wire-guided cameras, such as spidercam, have added a new dimension to the viewing experience by offering sweeping 360-degree views of the stadium and match on-screen. 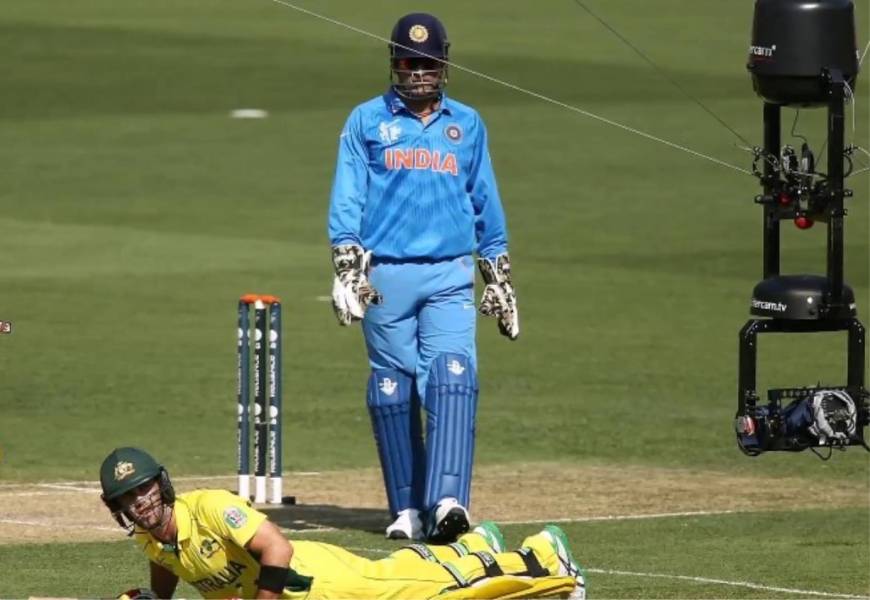 At ground level, a snickometer uses a sensitive microphone implanted in one of the stumps to detect when a ball has clipped a player’s bat, which is translated into an audio wave file seen by TV viewers.

An innovation much loved by TV cricket commentators, the Hawk-Eye Video Review system uses multiple synchronised video cameras to follow a ball’s journey, which is then triangulated and transformed into 3D graphics showing its likely trajectory.

Hawk-Eye's SMART Video Review is an integral part of the Umpire Decision Review System, which uses a range of technology, such as live replays, umpire communications and timers, to assist match officials, on-field umpires and players with accurate decision making. 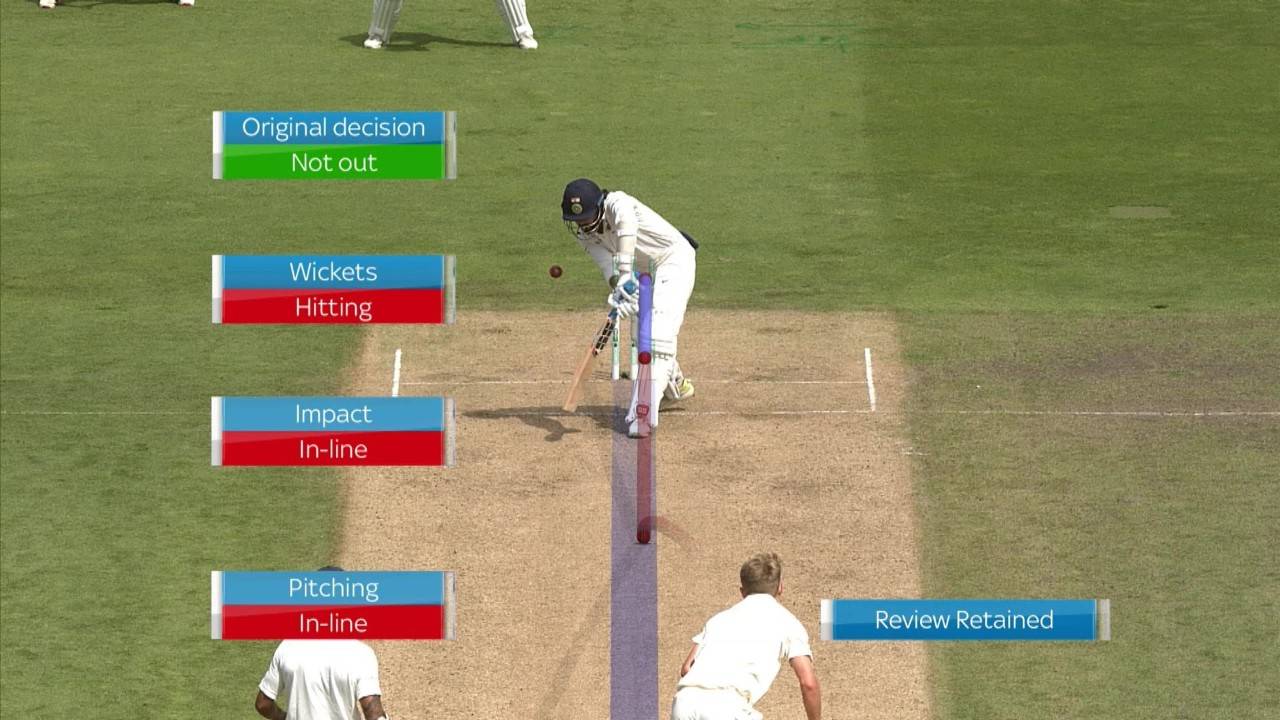 Hawk-Eye also plays a key role in assisting umpires to make informed decisions on the tennis court, particularly when players challenge the accuracy of a linesperson’s call.

Their Electronic Line Calling System carries out precision-ball tracking that can trace the path of a ball to within millimetres of where it hits the court, producing an electrifying air of expectation before the on-screen 3D trajectory lands either just in, or outside, the line.

Off the court, players and coaches are embracing technological innovation during training to try to gain an edge on the competition.

This includes equipping racquets with sensors, such as QLIPP, a detachable ‘dampener’ that sends raw data on aspects such as ball speed, spin, and the exact point a racquet connects while executing a topspin forehand, to a connected smart device for analysis.

Major golf tournaments attract scores of dedicated fans who follow players on course or watch them strut their stuff on TV.

For those not there in person, the PGA Tour Augmented Reality smartphone app may be the next best thing.

Free to download, the multi-faceted app not only allows users to become immersed in highly detailed 3D projections of famous golf courses, such as Pebble Beach in California, but also watch real-time shots from golfers appear on the virtual course as they are played live during competition.

Whether a professional or an amateur hacker, anyone who has played a round of golf knows the frustration of searching for a lost ball.

It’s no surprise then that much research and development has been poured into developing solutions, such as microchipped smart balls you can’t lose. 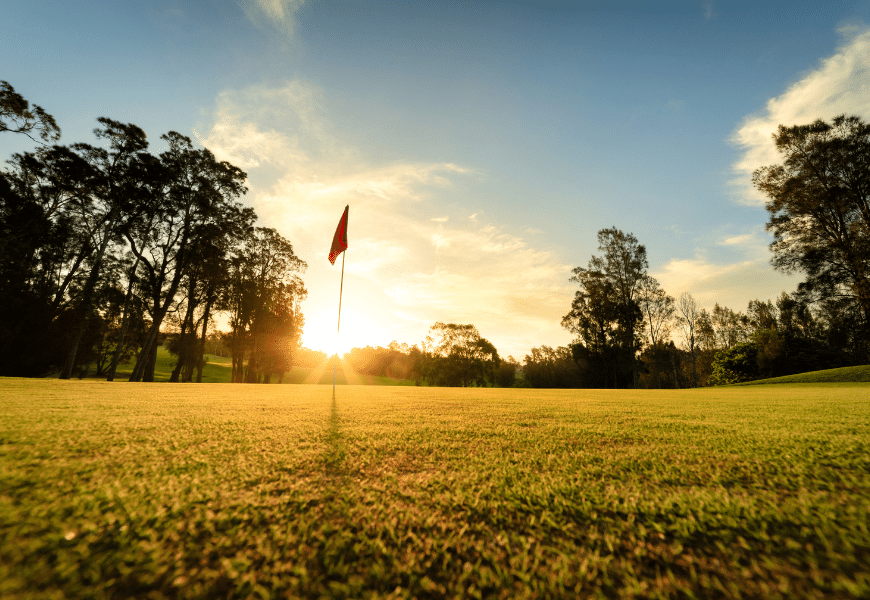 One example is a patent filed by US company OnCore to develop the Genius Ball.

Strong enough to enclose electronics that will survive the powerful impact of a golf club, embedded Global Positioning System (GPS) technology transmits data, including the distance, height, velocity – and most important of all – location, to a mobile device.

While purists may frown at such technological assists, golfers already have handy helpers available, such as simple point-and-click laser rangefinders that give users a precise distance to the hole.

At the other end of the scale are sophisticated sensors attached to gloves and clubs, which measure the swing, speed and angle of each stroke, synced in real-time to a smartphone app, such as the Arccos Caddie.

Not only does the app use powerful Artificial Intelligence to analyse the results and help users improve their game, the in-built GPS function offers advice on adjustments for slope, altitude, temperature, humidity and wind.

Ready to stream your favourite sports?

Make sure you’re ready to catch your favourite sporting action with these simple steps to enhance your viewing experience:

Back to Top
Discover how connectivity is more than a game with GOATi.