Rolling out across the country: wunderbar Hahndorf

By: Jennifer Kiely Hurst | The nbn™ project | Published on 15 February 2019
Share on Twitter Share on Facebook Share on LinkedIn
As we roll out the nbn™ broadband access network, we’re fortunate to explore the breathtaking locations that grace our wide and sunburnt land. This week we head to Hahndorf, which is now ready for service, to find out what puts it #OnTheMap…

Fancy visiting one of Australia’s prettiest towns? Or eating the nation’s largest German hotdog? (It’s a metre long.) How about picking your own strawberries straight from the patch at a sixth-generation family farm?

Well, you’re in luck. You’ll find it all at Hahndorf, South Australia.

Nestled 28 kilometres south-east of the state’s capital in the lush and rolling Adelaide Hills, the picturesque village of Hahndorf is the oldest surviving German settlement in Australia.

Hahndorf is now ready for service on the nbn™ broadband access network, helping to bring connectivity and access to fast broadband to the local people, business owners and visiting tourists of the region. 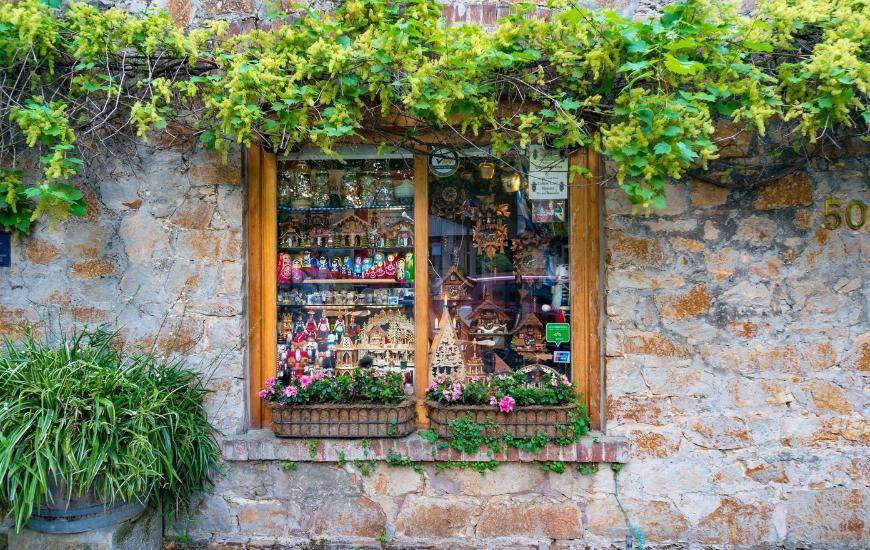 These connectivity benefits include helping to prevent social isolation, helping inspire entrepreneurship (especially among women) and helping to improve education.

The research estimates up to 5,570 additional businesses in South Australia will be attributable to the nbn™ access network by 2021.

Says Tim Saul, Head of nbn™ local South Australia, “We’ve seen fantastic take up rates in Hahndorf since we switched on the nbn™ access network and hope this is enabling local business to operate more efficiently, increase their productivity and expand their online marketplace to share some of their magnificent local products and services with a wider audience.”

And if you head to Hahndorf’s iconic Main Street, you’ll already find viele businesses – that’s German for ‘many’ – hugging its elm tree-lined thoroughfare. 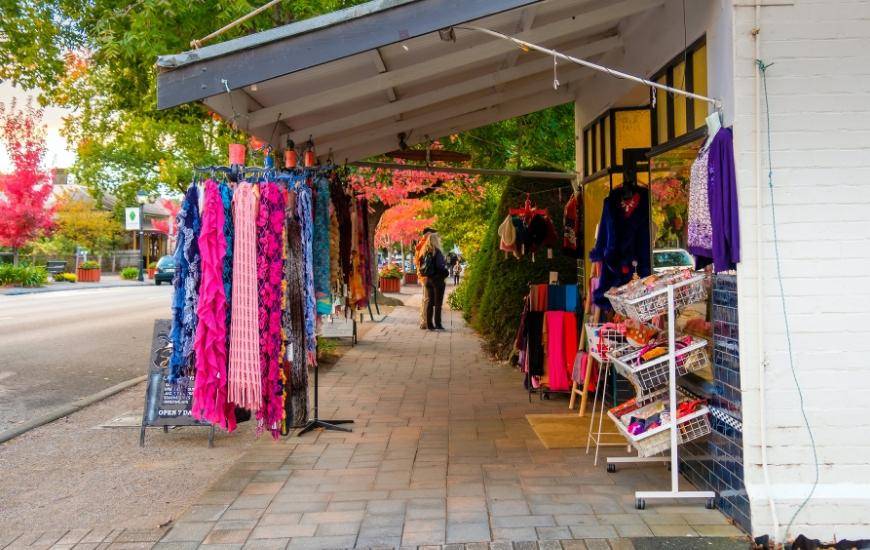 Founded in 1839, Hahndorf was settled by German Lutherans facing persecution in their homeland by the King of Prussia.

“We’ve seen fantastic take up rates in Hahndorf since we switched on the nbn™ access network and hope this is enabling local business to operate more efficiently, increase their productivity and expand their online marketplace to share some of their magnificent local products and services with a wider audience.”

Thirty-eight families – 187 people – would arrive in Port Adelaide on the Zebra with the ship’s captain, Dirk Hahn, securing land for them on which to settle and farm. Each family received 100 acres of land rent-free for the first year, plus seeds and livestock, as a communal debt to be paid back.

In recognition of Captain Hahn’s valued help to the newly-minted South Australians, the settlement was named ‘Hahndorf’ – Hahn’s village – in his honour. 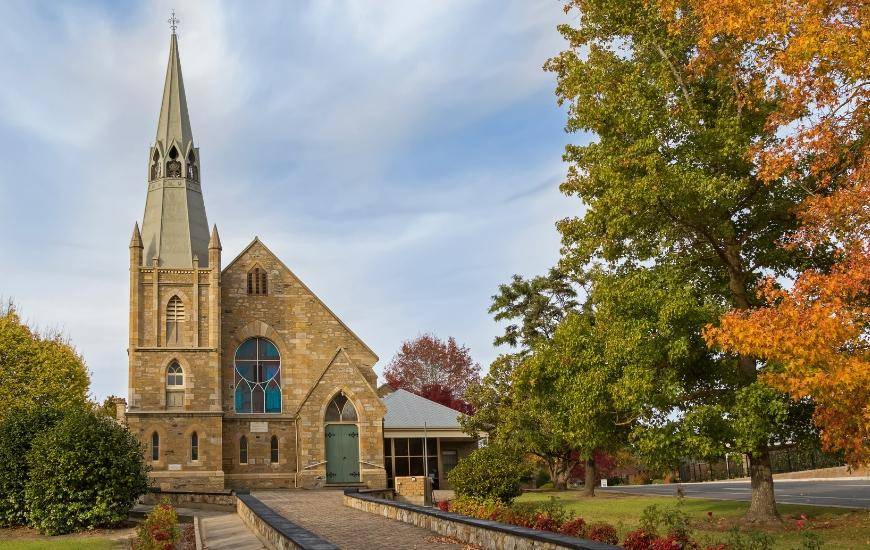 Yet, long before the area became known as Hahndorf, it was named ‘Bukartilla’ by its Traditional Custodians.

Describing the swimming hole formed by creeks emptying into the Onkaparinga River, the Peramangk people called the region home for 2,400 years. Their country stretches north to the Barossa and as far east as the banks of the Murray River. 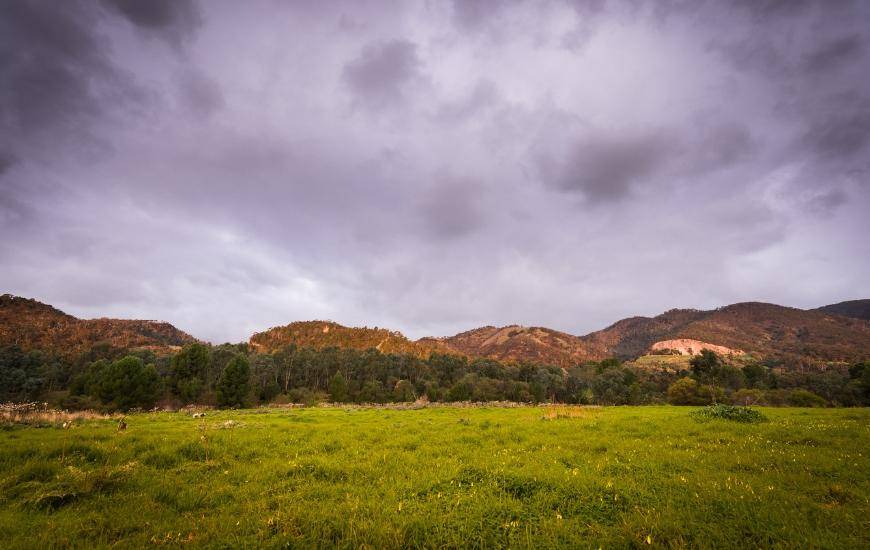 One of the many Adelaide Hills views

The area was rich in resources, including timber, resins and stones for tool-making, bark for hut-building, and pigments for painting.

And while it’s said their early interactions with European settlers were mostly peaceful, the number of Peramangk people in the area soon declined, with little evidence of the Traditional Custodians in Hahndorf after 1850.

Declared a state heritage area – a region with natural or cultural significance – by the South Australian government in 1988, today, Hahndorf is described as a “picturesque traditional European village peppered with Australian style and modern international influences”.

With more than 140 businesses currently calling historic Hahndorf home, visitors and residents alike can find plenty of ways to while away the hours.

Says NBN Co’s Tim Saul, “Hahndorf is one of our many gems in the Adelaide Hills. I love the fact that, just 25 minutes from Adelaide, you hit a beautiful main street filled with amazing bakeries, restaurants, cafes and smallgoods stores, with a number of wineries and breweries either alongside them or just a short drive away. Often a day trip is not enough to experience everything!” 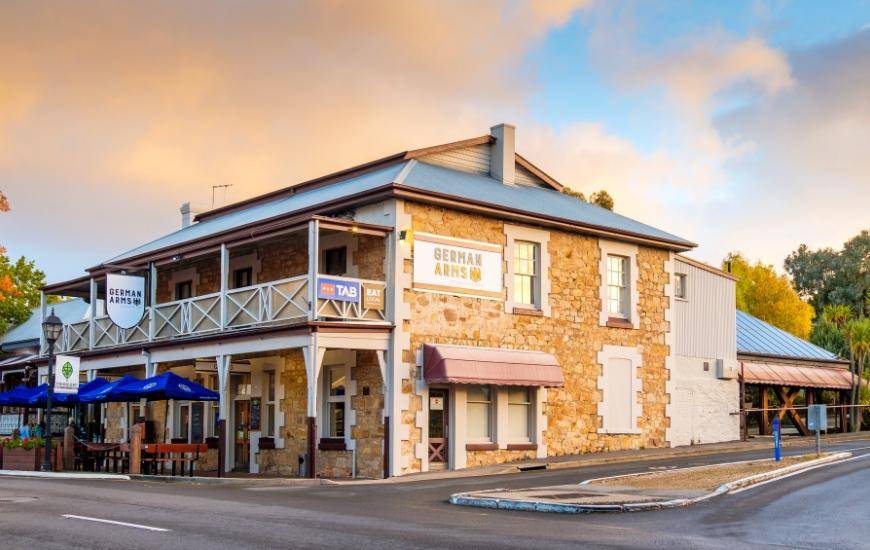 German Arms Hotel
One longstanding business in town is the German Arms Hotel on Main Street. Opening in 1839 – the same year the town was settled – the German Arms serves the largest variety of imported German and Bavarian beer in the state, as well as local brews. Old-fashioned hearty meals range from traditional German to Australian pub-style. 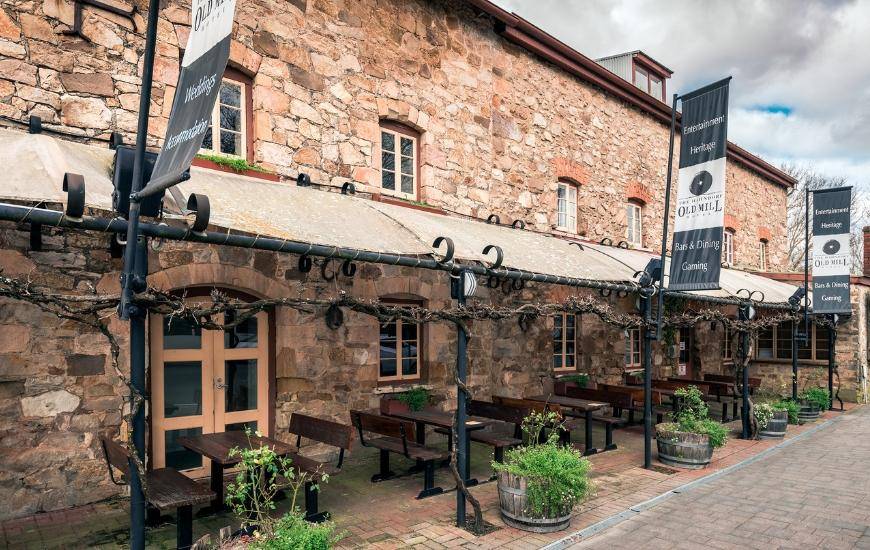 There’s also The Hahndorf Old Mill Hotel. Established in 1854, the original mill operated for 60 years servicing farmers as far afield as Victoria. Later used as a wood and grain depot, in 1971, it was transformed into a German restaurant. Today, you’ll find accommodation, dining, bars and more at the venue that’s, once again, conveniently located on Main Street.

And for an authentic keepsake to remember your time in Hahndorf, head to the German Village Shop to pick up a handcrafted cuckoo clock or beer stein, made in Germany using traditional methods.

As one of Australia’s best cool climate wine growing regions, it’s little wonder that this iconic name in wine has recently put down roots in Hahndorf – and as a man of German lineage, it makes even more sense: Wolf Blass.

A celebration of more than 60 years in the winemaking business, The Wolf Blass Gallery & Museum features a curated collection of all things Wolf Blass.

The renovated site includes the original Hahndorf Schoolhouse from 1854 – now a barrel cooperage – and The Wolf Blass Horse Bar (Wolfie’s) where those inclined can take a cheeky tipple. In keeping with the horsey theme, keen-eyed visitors can spot the very first Melbourne Cup trophy in the bar, awarded in 1865 to winning grey gelding, Toryboy. 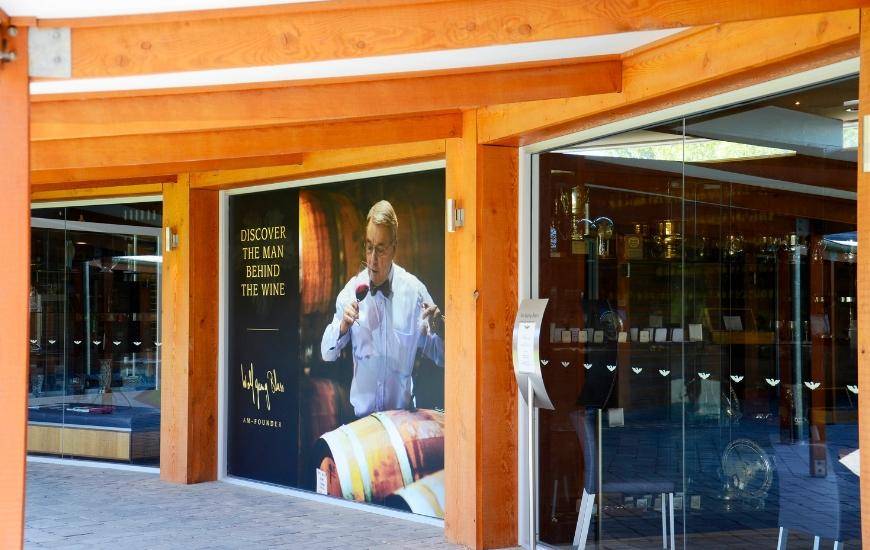 And a famous family you’ll find hard at work in Hahndorf is the Paechs – although the world likely knows them better as ‘Beerenberg’.

Today, Beerenberg products are available in most supermarkets across the country. In Hahndorf, The Beerenberg Family Farm shop is open 7 days a week, while Pick Your Own Strawberries has been running on the farm since 1975 and is available from November to April. 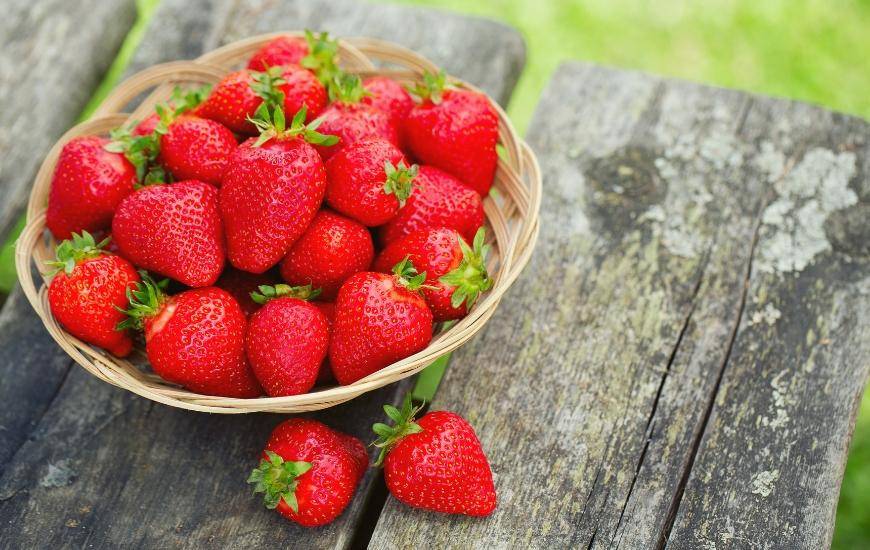 More history in the making

While Hahndorf is already both rich in history and modern-day experiences, with the help of connectivity, there’s even more history to be made for residents and businesses alike.

Says Saul, “Having the nbn™ access network live throughout Hahndorf, and the surrounding area, also helps enable local residents to enjoy a great lifestyle in an idyllic location, while experiencing the benefits that access to fast internet can offer.”

And that’s certainly what we call wunderbar.

Hahndorf by the numbers

Discover what puts Mount Isa on the map.