The Chairman of nbn shares his recent insights from CEDA State of the Nation 2015.

Since the eighteenth century and the Industrial Revolution and in the generations since, technology has been a driver of dramatic changes in how work is done and the shape of the workforce.

It began with mechanisation (of the textile industries) in the 1760s, then electrification of factories around 1900, continued to automation from the 1940s, then computerisation from the 1960s , and now the age of the Internet and the rise of the individual, as both worker and customer, since the mid-nineties.

Along the way, workers have been displaced, industries disrupted and companies destroyed - Schumpeter’s “creative destruction” (1942) which described how economic growth was sustained by the breaking down of institutional frameworks and the destruction of firms through innovation and by entrepreneurs creating new products and businesses.

This is the capitalist process and sometimes messy and painful formula for national economic success.

This CEDA Report on Industry and Workforce Futures warns that more than 5 million jobs could be gone in 10 to 15 years. 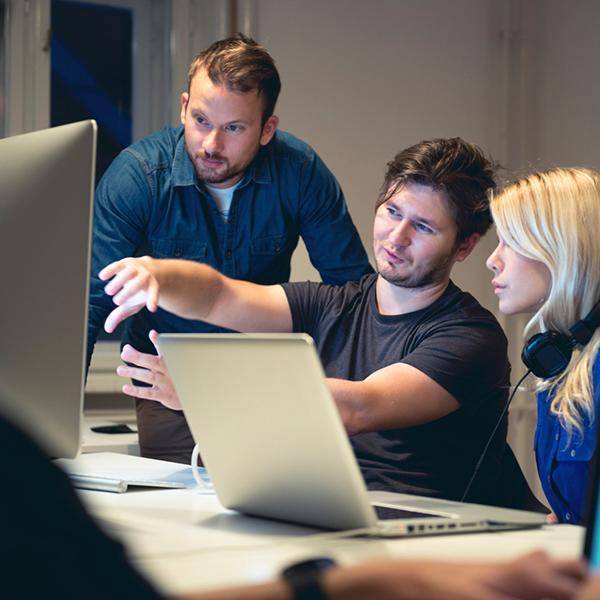 Yes, the pace of threatening technological change is breathtaking. Consider our recent past.

The beginning of the personal computer era began with the first IBM PC in 1981.

The Internet and worldwide web became conveniently accessible around 1995 with email as the first popular application.

The first dotcom boom peaked in 2000 and affordable and convenient broadband access became available in Australia in 2004 with the first 256 kbs service from Telstra (approx. 100 times slower that today’s average experience).

You Tube, Facebook, Twitter, apps, Cloud, Crowd followed supported by innovative interfaces like touchscreens and devices such as smartphones (iPhone in 2007), and tablet computers (iPads in 2011).

Futurists started to talk about a fully interconnected world where bandwidth was free, processing speeds near infinite, and data storage costs near zero.

So the last 30 or so years have seen an unprecedented level of development and intrusion of new systems, services and appliances into our personal and professional lives. There are now more wireless devices than people on the planet and the notion of 24/7 access and availability is novel no longer.

Following the substantive microeconomic reforms of the 1980s and 90s, and helped mightily by the growth of Asia, especially China as customers for our natural resources, today more Australians are employed in better jobs and higher pay than ever before.

Jobs have certainly disappeared. Prof Hugh Durrant-Whyte emphasizes that jobs that can be automated, disintermediated, or outsourced to lower cost and more efficient countries, are most at risk. In contrast, those roles with a high content of ‘social intelligence’ and interactivity – eg carers, teachers, managers, and so on will increase.

With changes in the national economy and population concentrating in capital cities, jobs in regional Australia may be especially vulnerable.

And any description of growth industries of the future includes reference to software, programming, nanotechnology, 3D printing, advanced engineering, robotics, biotechnology, drones, artificial intelligence and so on. These are technologies where skills in science, technology, engineering and mathematics (STEM) will be important. And it is in this area of education and training where Australia may be falling behind.

Yet, we are an adaptable lot – our people are more highly educated and our economy more productive than ever before. Superficially, it seems the furious pace of technological change since 1980 has been positive for us so the future might be one of further opportunity rather than fear.

But as the contributors to this CEDA report note, there are currents of which we should be mindful.

Thirty percent of the workforce is now casual or part time, and broadly satisfied with their situation.

Extrapolating to 2050, about half of all Australian jobs could be casual, part time or self-employed.

Like the now dated concept of the nuclear family, or white Anglo-Saxon population, the traditional model of stable fulltime work will transmute and the workforce composition diversify.

Thirty years ago, a typical career path involved a period of study as a young person, followed by a full time job, employment at perhaps two or three organizations over 40 years, ending with retirement during one’s 50s or 60s.

Today, most students work part time while studying and many will continue working part time after graduation until they find their desired job.

During their working years, they will have 15 or more assignments in different institutions sometimes fulltime and at other times casual work as they adjust to market and personal circumstances. Few young people expect to work in one organisation for decades.

People will live longer and must expect to work longer. Work will be approached as a marathon with many stages, not a race. Lifetime learning will be the norm and educational institutions will evolve to make this easy, affordable and satisfying.

Retirement will not be a threshold event.

Phil Ruthven reminds us that 75% of all jobs are in the service economy and this proportion will increase with growth in the number of healthcare professionals, teachers, managers, and people employed in the tourism and hospitality sectors. Work will be less physically demanding.

The population of mainly male workers exhausted by a lifetime of manual work in manufacturing, mining, construction will give way to service providers, increasingly female, physically capable of working for longer, and in many cases required to by financial circumstances associated with life expectancies into the 90s.

In 2005, few of us predicted the direction and pace of technological change a decade ahead. To try to forecast the next 10 years is similarly pointless.

As minister Malcolm Turnbull emphasised in his address at the CEDA Report launch, it is unhelpful to attempt to ‘futureproof’ your strategy or investments. Trying to insure against the future doesn’t work, reflects a conservative, if not defensive mindset and is naïve in the face of the technology tsunami.

Uncertainty, volatility and risk lie ahead and we have to learn to leverage that situation. Not just being resilient as circumstances change, but ‘antifragile’ as defined by author Nassim Taleb (Black Swans) where you benefit from shocks, randomness, uncertainty, and disorder.

As the minister said, ‘make volatility your friend’.

So what does all this mean for public policy?

Given the unpredictable changes ahead, we must remain flexible and adaptable – especially in our work processes, labour markets, and industrial relations.

16% of our graduates emerge with STEM-related qualifications. Compare this to 30% in China and 50% in Singapore.

The engine room for economic growth and job creation is our industrial base of small to medium enterprises. Government policy must be directed to supporting SMEs and fostering collaboration between SMEs, universities, CSIRO and government.

Government should ‘walk the talk’ through their procurement policies and delivery of services digitally. They must aim for best-in-class experiences.

Finally, the national broadband network (nbn) is critical infrastructure especially for regional and rural Australia and many other areas which are currently underserved. The faster this project can be built, the better.

We are of course not the only nation grappling with this issue of the future of work. But this report by CEDA should help illuminate the way ahead.

Ziggy Switkowski is Chairman of nbn.