The nbn™ project | Published on 11 September 2020
Share on Twitter Share on Facebook Share on LinkedIn
10-minute read
From the world-famous to the almost unknown, and little moments through to big events, we explore what puts nbn™ ready-to-connect towns, suburbs and cities on the map…

With iconic landscapes that transform from ruggedly coastal to stunningly deserted, and the wildly flowered to lushly vined, Western Australia (WA) has more than its fair share of natural beauty.

So, it should come as no surprise then that – in ‘normal’ times – Australia’s biggest state by land size plays host to millions of international and domestic visitors each year.

Crucially important to the tourism industry, with many borders closed across Australia to help stop the spread of COVID-19, WA also offers its own people plenty to see and do across its mammoth 2.5 million square kilometres.

In our last On the Map blog, we headed south to Wynyard and Table Cape in Tasmania to find out what makes the side-by-seaside towns special, and to share how locals can support businesses close to home.

This time around, we’re heading clear across the country to WA’s north-west… 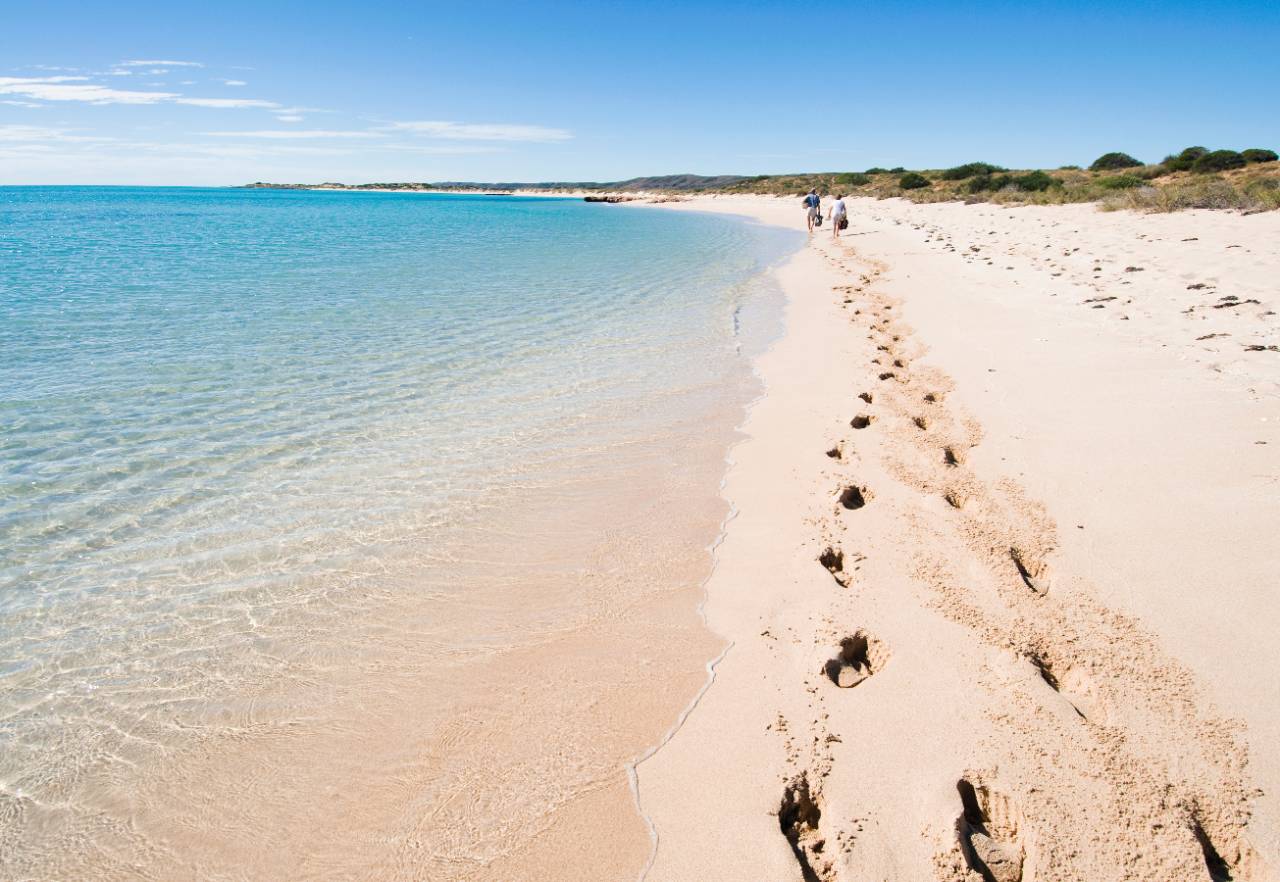 From the most crystal-clear of turquoise waters, to the whitest of sands, and through to the kinds of rich red ochres favoured by many a landscape artist, at Exmouth in Western Australia, you’ll discover a stunning palette of colour.

A delightful dab on the vast canvas that makes up WA, Exmouth is tucked away on the state’s North West Cape on a finger of land jutting out towards the Indian Ocean.

Yet, don’t let its out-of-the-way location fool you – when it comes to things to see and do, Exmouth really does mark the spot.

Eligible premises in Exmouth are now ready to connect to services over the nbn™ network.
Check your address to see when you can connect.
Address
Enter an address and select from the dropdown options 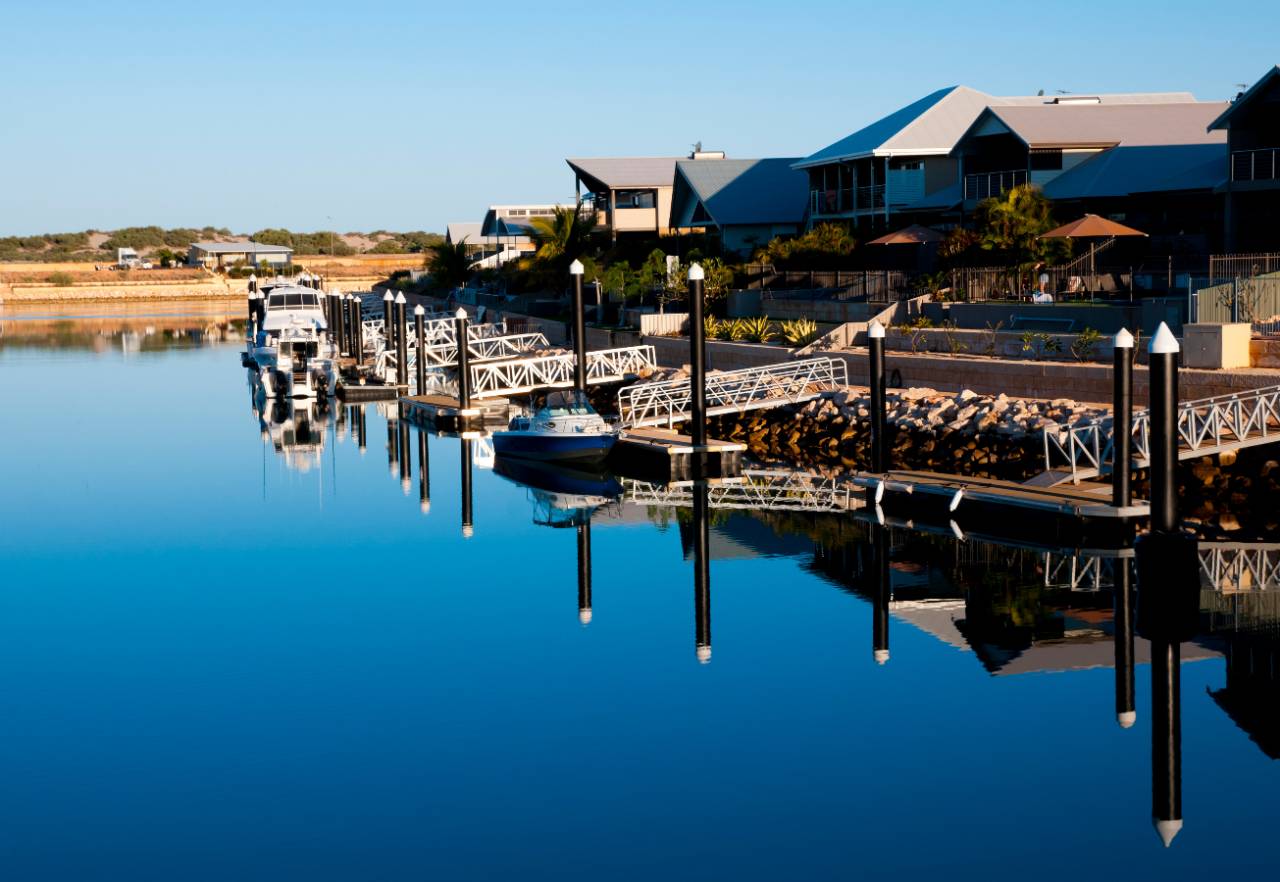 Located an easy hour-and-a-half flight from Perth, the relaxed resort town of Exmouth is close enough to flit to for a quick break with all the tranquil trappings.

Or, stay as long as you like to soak up everything the sunny spot has to offer.

Did someone say, ‘road trip’?

For those who prefer a drive, head north from the state’s capital for 1,249 kilometres and this sparkling gem in WA’s coastal crown will be ready and waiting for you.

And so, too, will the wildlife.

As the gateway to World Heritage Listed Ningaloo Reef, the world’s largest fringing reef, Exmouth is truly an animal and aquatic lover’s dream.

It’s a destination highly coveted by international tourists, including among the diving community.

So, just how has the town managed without those global visitors during the COVID-19 pandemic? And how has connectivity helped during these recent challenging times?

Tim Sinclair-Smith, Manager for Commercial and Customer Service at the Shire of Exmouth, says it was tough at first with tourism being “a huge revenue stream for the Shire”. 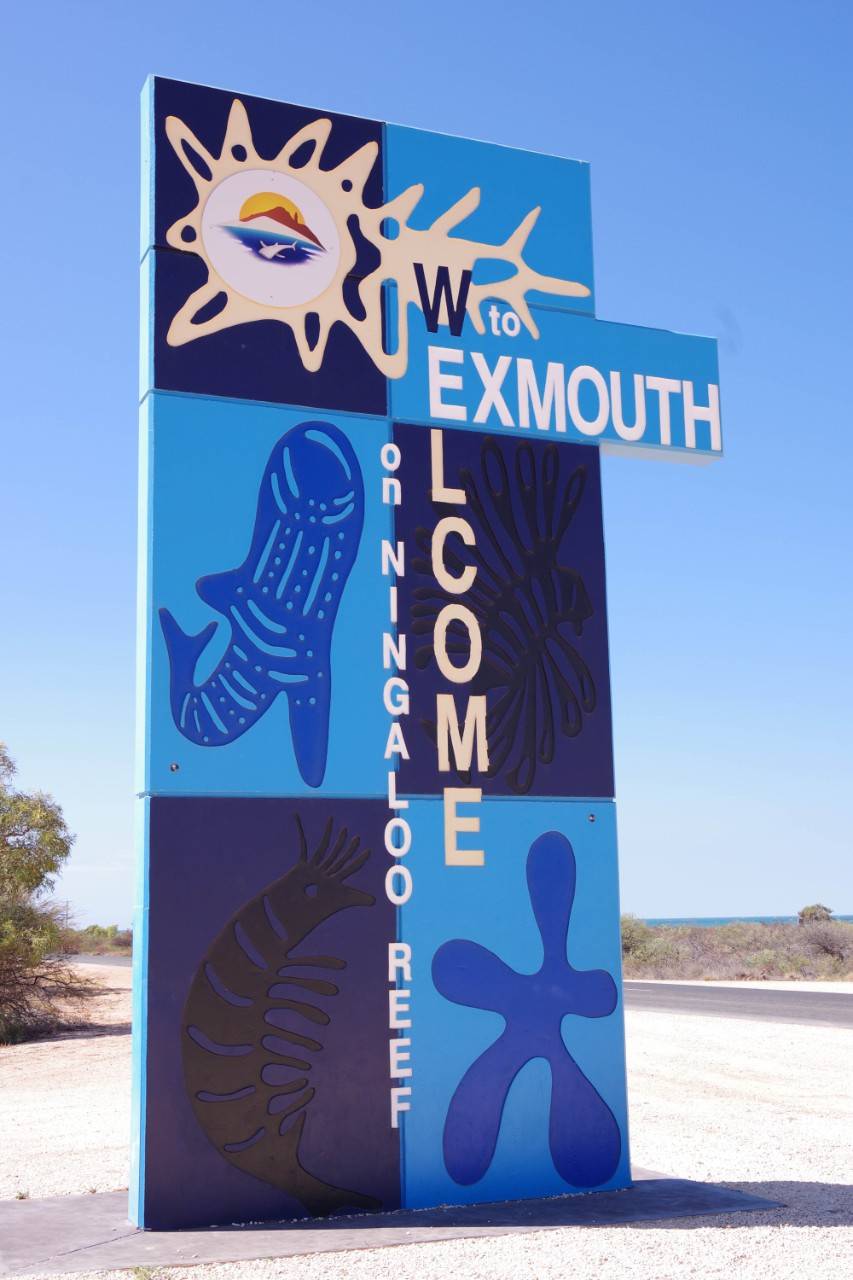 “When COVID-19 began, and everyone had to go into lockdown, our business – the Ningaloo Centre, and most businesses in Exmouth shut down completely. From one day to another, no flights were coming into the airport.”

All while the overheads continued: “We, like many other small businesses in town, had to pay to maintain our business: the aquarium had to be looked after, animals needed to be fed and staff needed support. Thankfully, we didn’t have to let anyone go.” 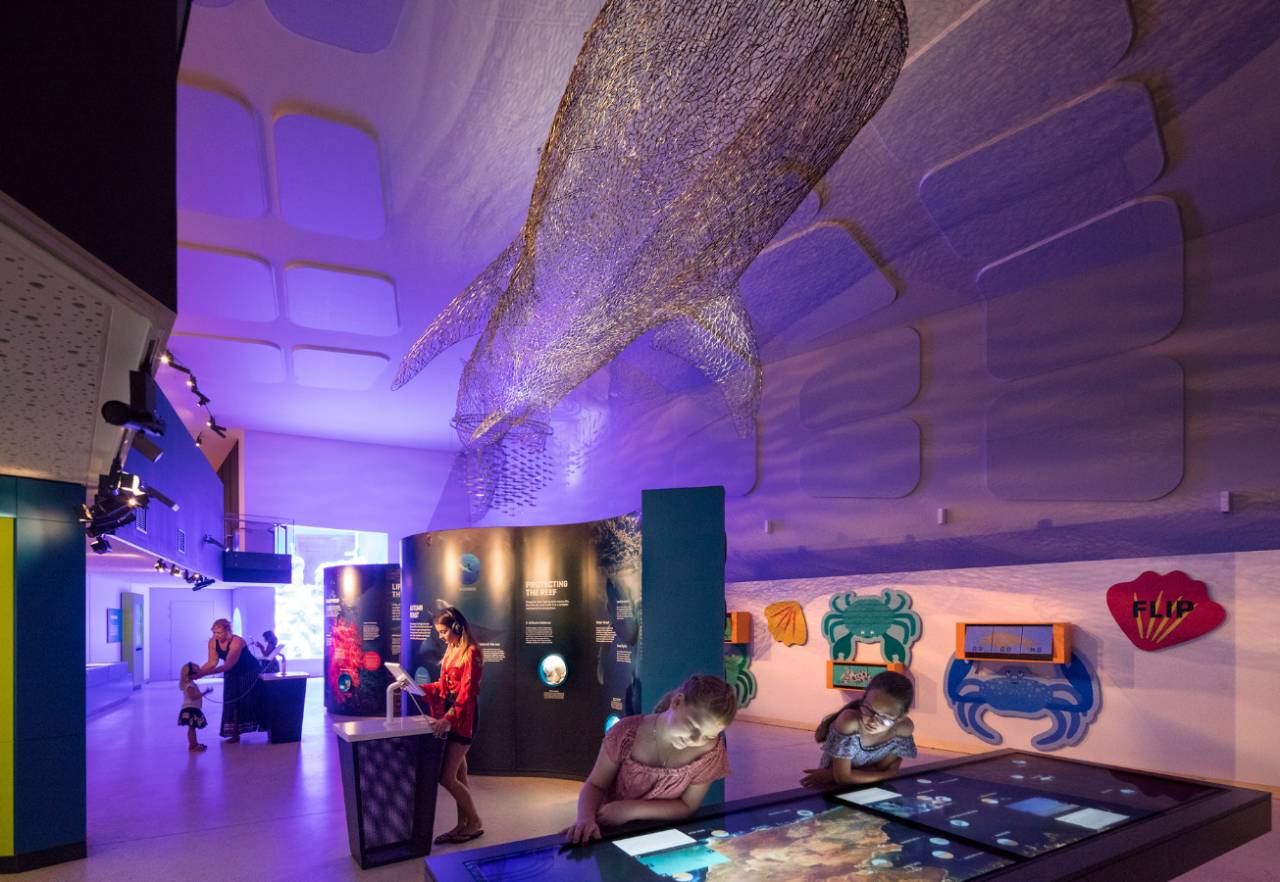 Once the lockdowns were over, thanks to intrastate travel, “it went absolutely off the hook,” says Tim.

Unable to holiday interstate or overseas, Western Australians looked to their own incredible backyard to get away and tick experiences off their bucket lists.

“There wasn’t a day when we were not able to engage with our customers and, for us, that was the big focus – making sure we stayed ‘out there’ and relevant in people’s thoughts.

As well as using it to run the business, says Tim, “we also provide Wi-Fi to visitors of the centre, aquarium and discovery area, and in our boardrooms and function rooms”.

“We’ve been using our connection to do a lot of Zoom meetings, so if we didn’t have high enough speeds, then we wouldn’t be able to stay connected and do business.^

“The internet has made the world a lot smaller and less remote in that respect.” 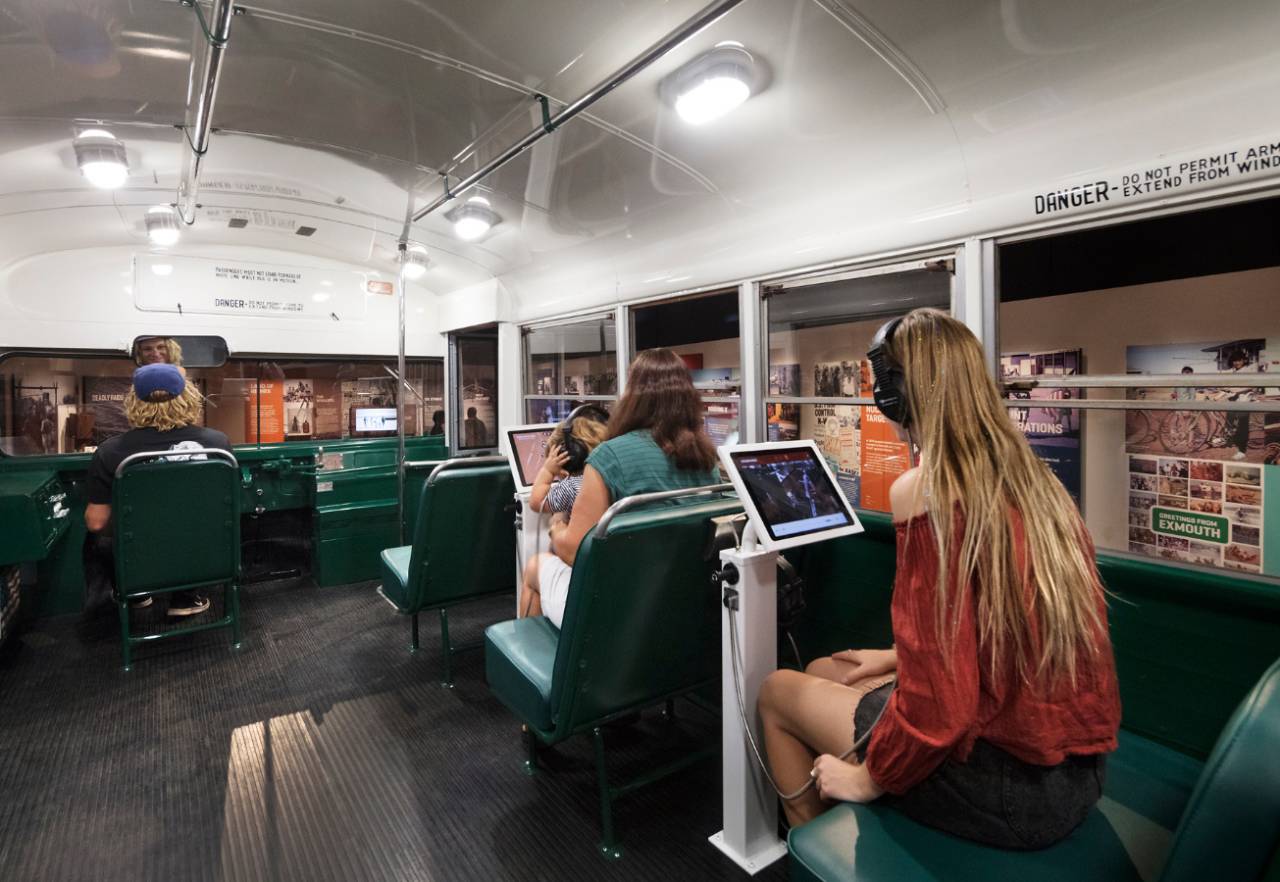 An interactive exhibit at the Ningaloo Centre.

A connected cold one

Another business in Exmouth taking advantage of connectivity via services over the nbn™ network is Froth Craft Brewery.

Nestled in the heart of town, the popular venue describes itself as ‘your craft beer oasis on the Ningaloo’.

Yet, there’s not ‘only’ craft beer (brewed on-site and pouring from 16 taps) on offer.

Like so many businesses, connectivity plays a role in the day-to-day running of the flourishing business.

“Since switching to nbn,” says co-owner Pete Firth, “it’s been functioning well and we’ve been using it without any problems.”^ 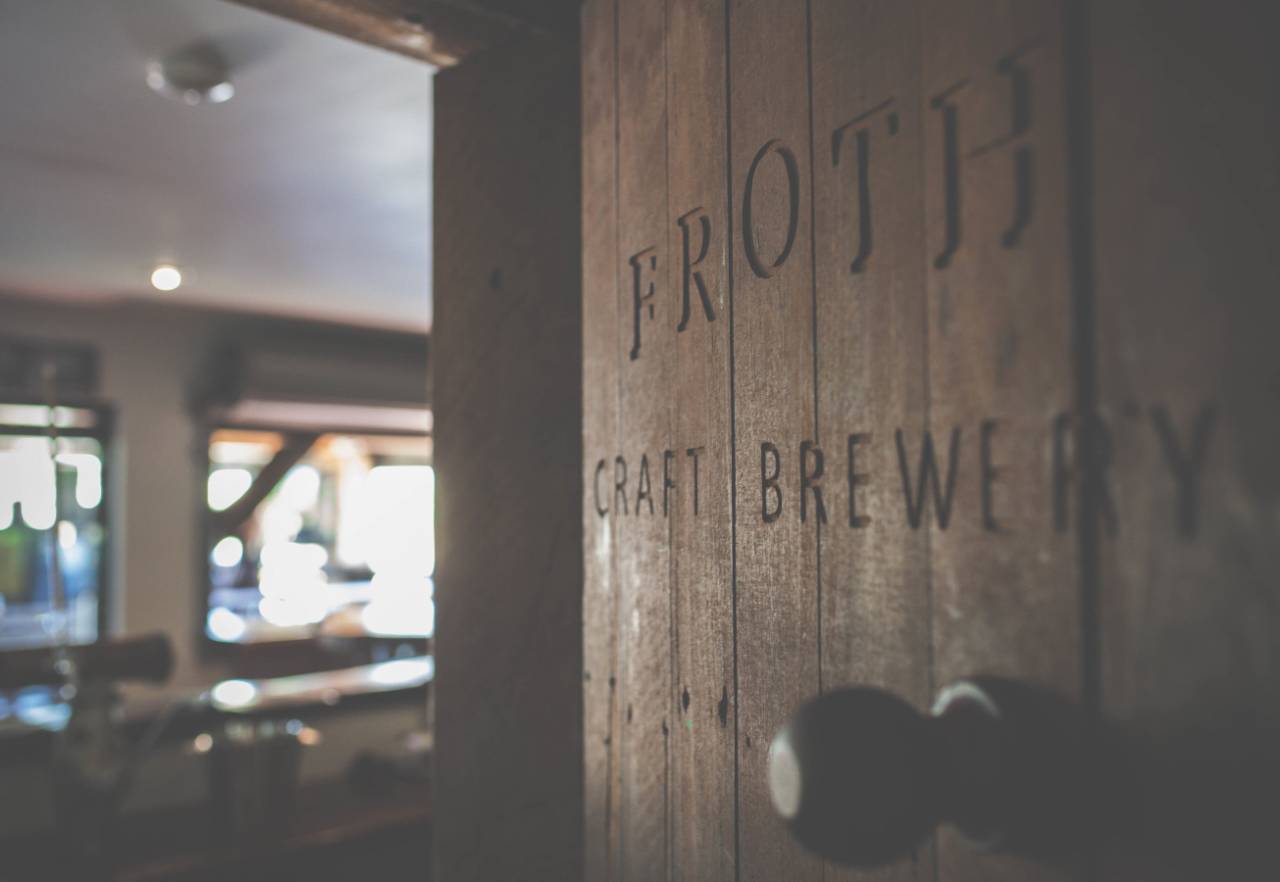 Before connecting to services over the nbn™ network, says Pete, speeds achieved on their existing internet connection were slower.

“Now, it’s much faster across our point of sale system (POS).”

As a hospitality business in a town that relies heavily on tourism, unsurprisingly, Froth was among those impacted by the COVID-19 pandemic.

“When the pandemic hit, WA went into lockdown from 23 March, which was also when the government announced that hospitality industries would have to close too.

“Then, a week later, we opened but were only able to do takeaway.”

To apply for the government’s JobKeeper Payment scheme, says Pete, businesses had to prove they had lost more than 30 per cent in sales.

That meant the team had to look for new opportunities within the business. 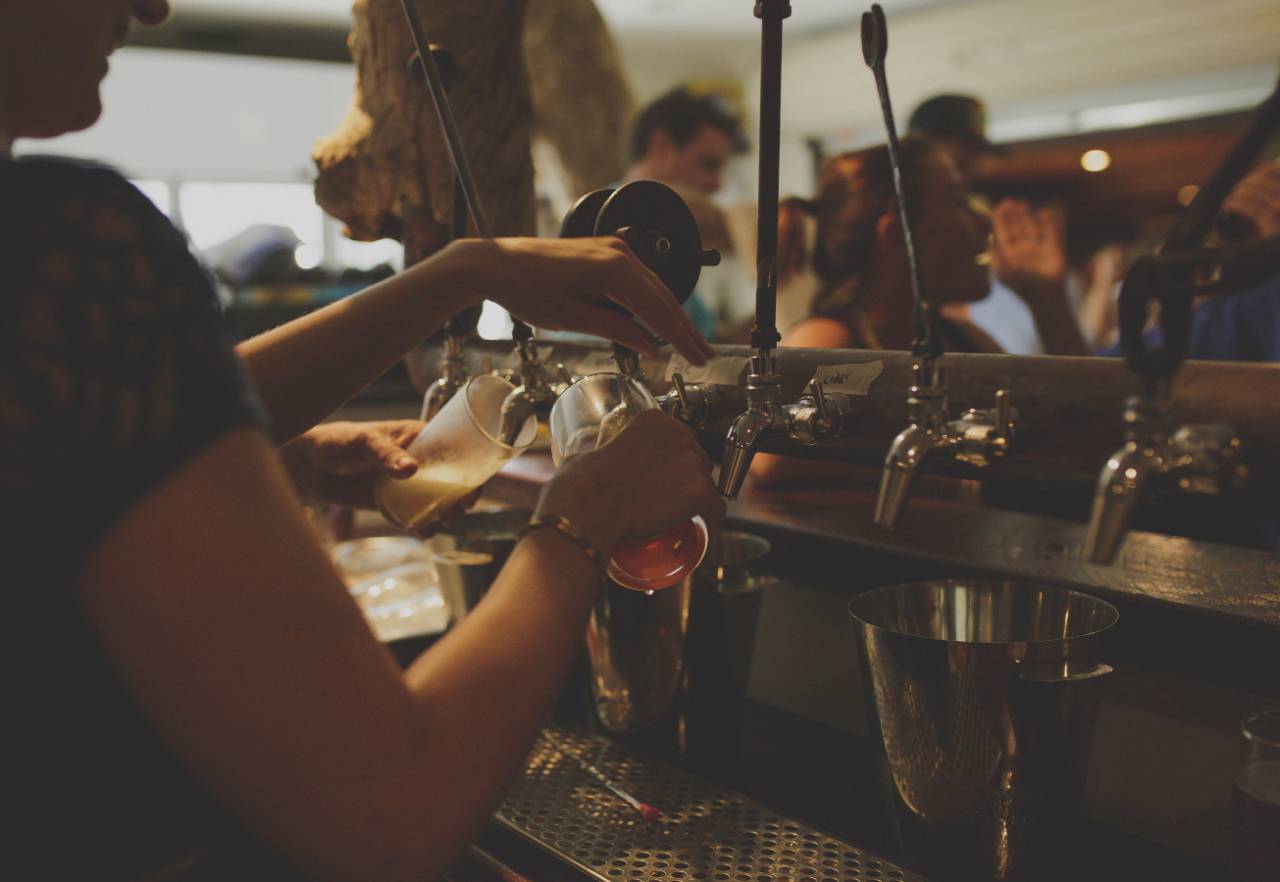 “We had to pivot to find ways to stay open, which meant offering takeaway, free home delivery and we also started online streaming live concerts and performances at our venue from local artists, so the community could still enjoy a ‘Froth’ experience with Froth food and beers in the comfort of their living rooms.

“After that, we could offer limited capacity at our venue in line with government regulations, everyone had to be seated to consume alcohol, and now it has eased up to the point where we can have one person per two square metres.”

“Thankfully, our business has picked right back up and has been record busy.

“The pandemic has meant that intrastate tourism has thrived and conversely been the best thing for certain Western Australian regions and businesses. Since nobody can go anywhere outside the state, Western Australians are exploring their own backyard. Hospitality venues, especially in desirable holiday destinations, have been experiencing record levels." 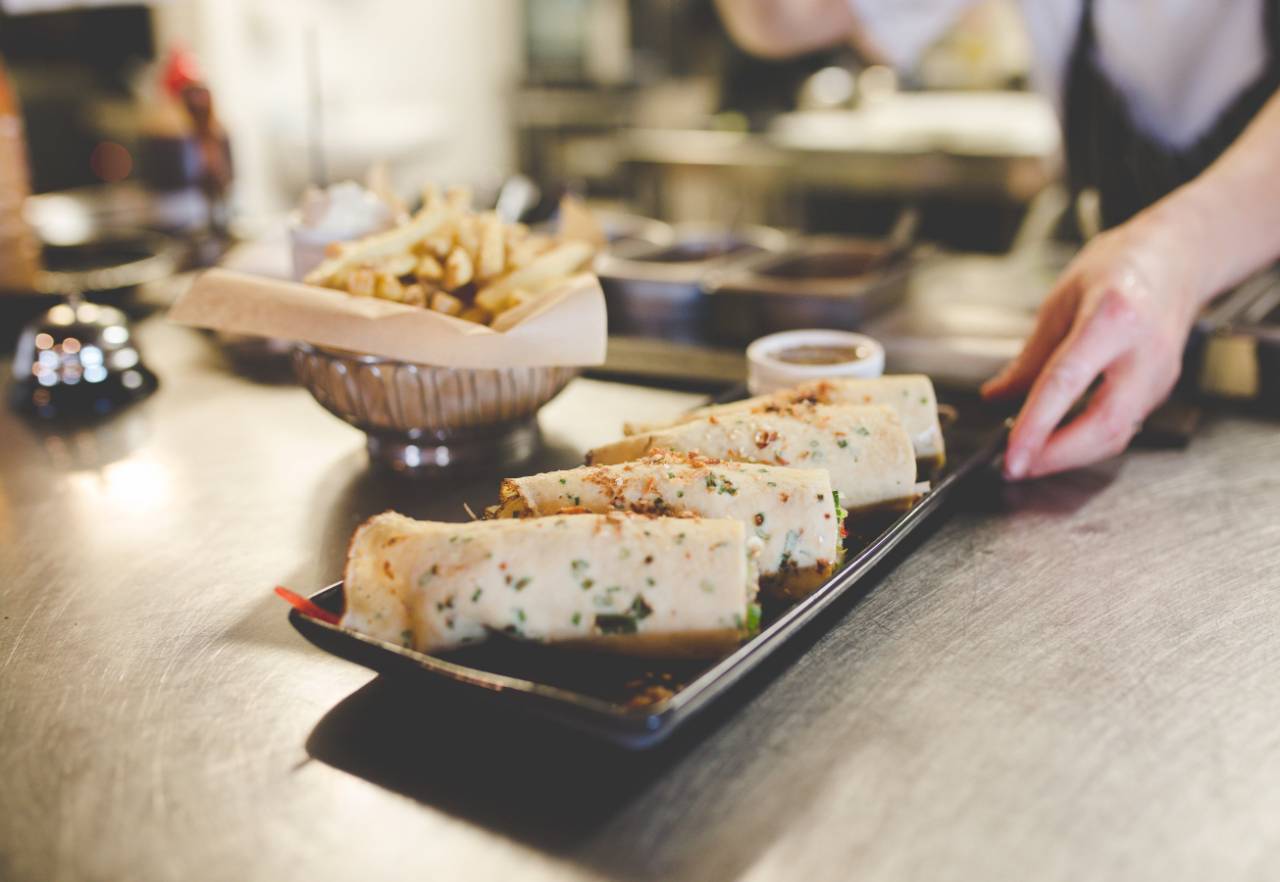 While access to services over the nbn™ network was able to help Froth during those tough COVID-19 months, connectivity is always important to the business, says Pete.

“Access to connectivity helped during this time because we could continue to run the business’s POS, streaming live concerts online, as well as promotions and marketing via the internet. This reliable connectivity is a necessity for us whether we’re in a pandemic or not.”

And, in great news, at a time when many businesses have been struggling to keep their doors open, Froth Craft Brewery is expanding to another well-known Western Australia location.

“We’re excited to be launching a bigger venue in the centre of Bunbury next year, called ‘Froth Craft at Bunbrewery’.”

The expansion down south means that, soon, even more Australians will have the opportunity to #GoLocalFirst with Froth. 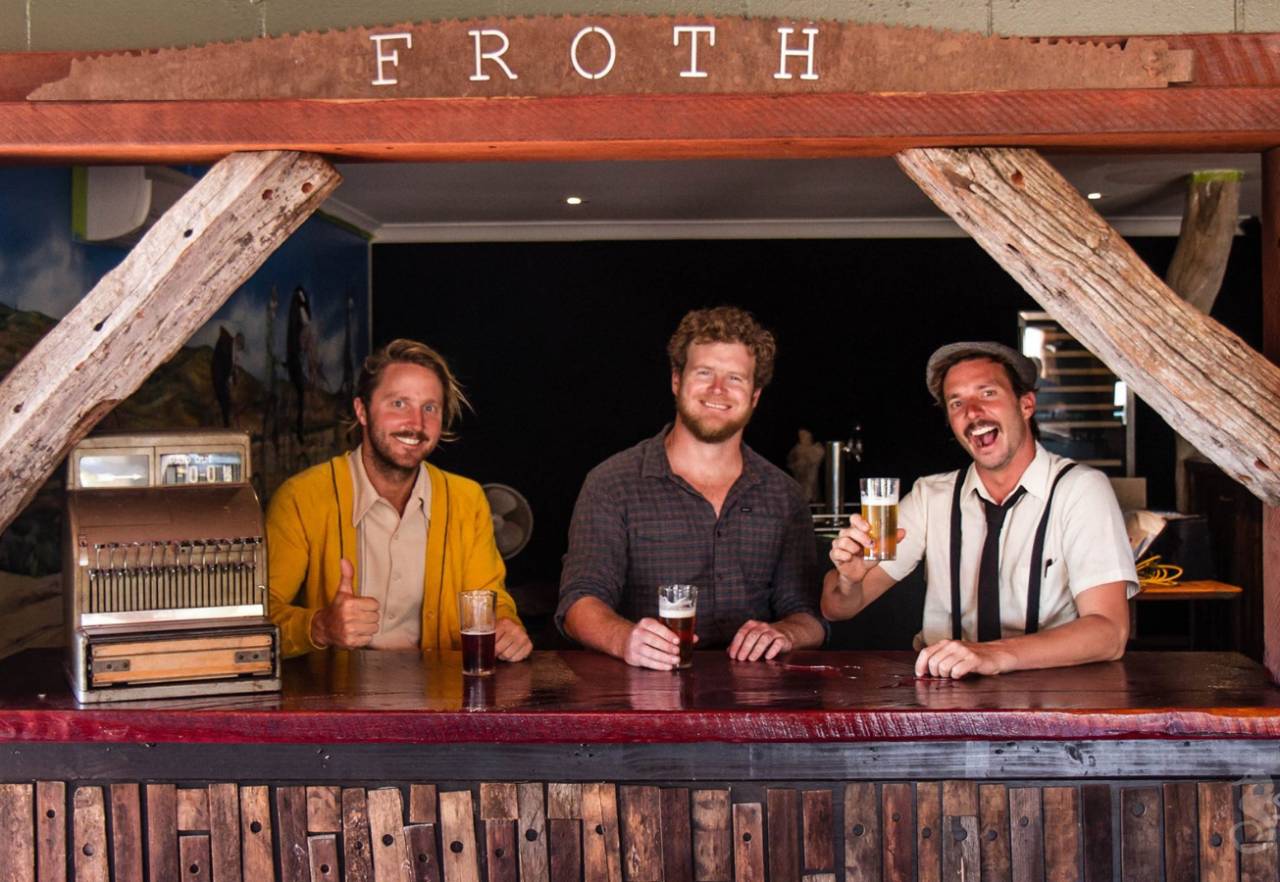 Small businesses play a vital role in each of our lives, contributing a third of Australia’s economic activity and employing millions of people.

That’s why it’s important to Go Local First – to choose one of the 3.5 million small businesses for your next meal, haircut, holiday…

The initiative, funded by the Australian government and coordinated by the Council of Small Business Organisations Australia, encourages people to support local businesses to help their community and, in turn, Australia thrive.

“Exmouth businesses, including ours, have started pushing tourism for the off-season,” says Tim, “which is during Australian summertime when the weather can be very hot.

“Exmouth and the whole Ningaloo Region is just as spectacular around summertime. There’s plenty to see and experience, such as turtles coming to nest on our shores in November with their eggs hatching around February.

“And you can still see manta rays and plenty of other species too, not to mention, the water temperature is just fantastic to go for a swim or out fishing with friends and family.”

As a Go Local First Ambassador, nbn is proud to be playing its part in helping to keep businesses humming in towns just like Exmouth, says Jane McNamara, Executive Manager for State Media.

“We know small businesses are the lifeblood of communities, and that they need all of our support now more than ever.

“We also know access to connectivity, like services over the nbn™ network, can go a long way towards helping businesses get back on their feet and, in the case of many of the businesses in Exmouth, help support operations during busy times.” 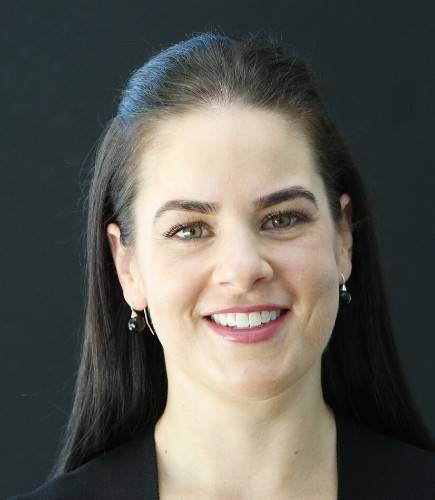 Walk on the wildlife side

While the town itself may only be small, its most famous visitors – whale sharks – routinely tip the scales at 18,688 kilograms and can grow up to 18 metres long!

The world’s biggest fish, Rhincodon typus head to Ningaloo each year between mid-March and the end of July.

Congregating in the area just after the annual coral spawning – which brings even more spectacular colour to the region – these gentle giants filter-feed on the krill and plankton drawn in by the natural phenomenon.

And, for the experience of a lifetime, why not take a dip with the famous spotted fish?

Swimming, snorkelling and diving tours abound in Exmouth, offering the opportunity to get up close and personal with its awe-inspiring wildlife, which also include manta rays and migrating humpback whales. 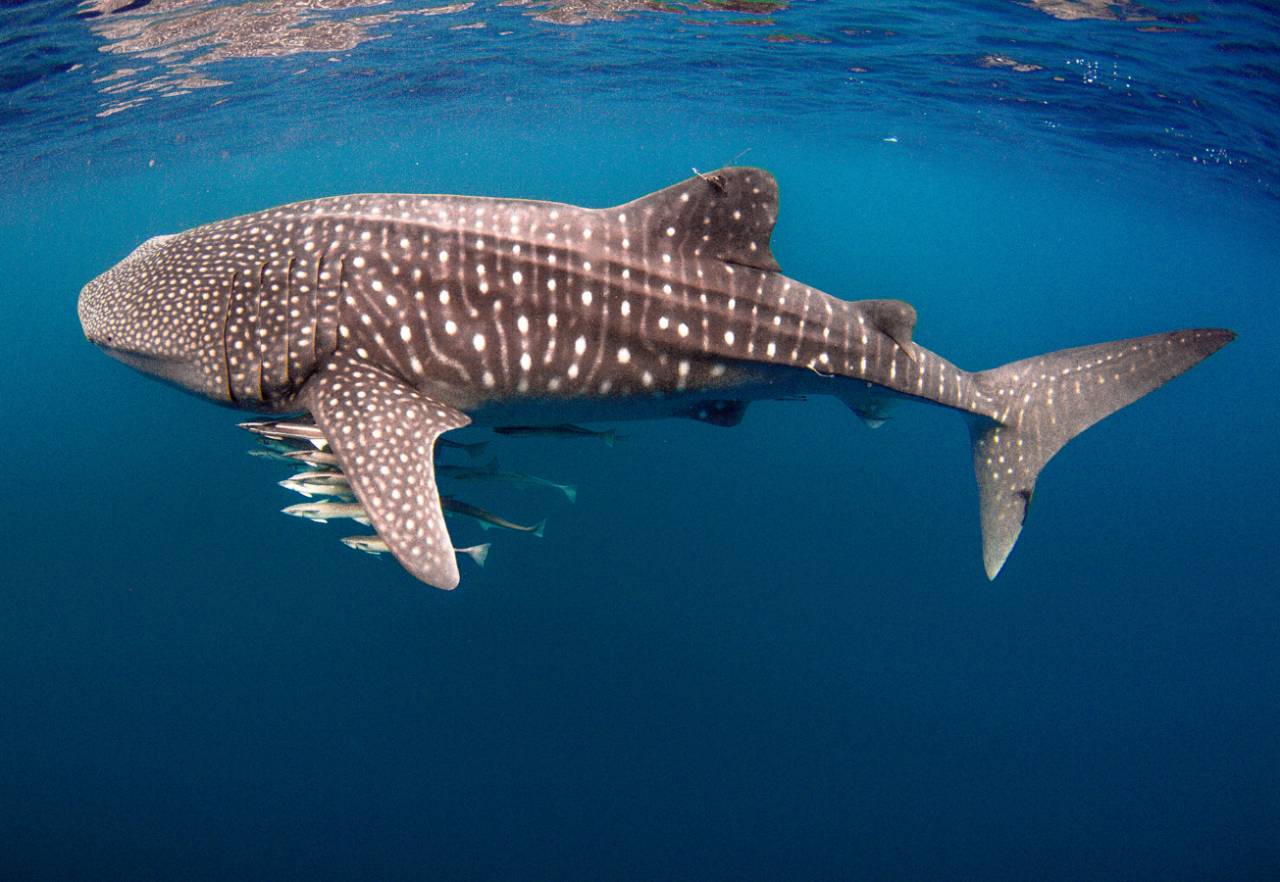 A whale shark at Exmouth.

Exmouth is also home to The Navy Pier, one of the top 10 ‘shore dives’ worldwide.

Described as ‘an aquarium without glass’, more than 200 species can be found at the spectacular site – which is also a working US naval base.

Just some of the species you may encounter during a dive here include barracuda, angelfish, sea snakes, wobbegongs and a Goliath grouper nicknamed the ‘BFG’ (Big Friendly Grouper). 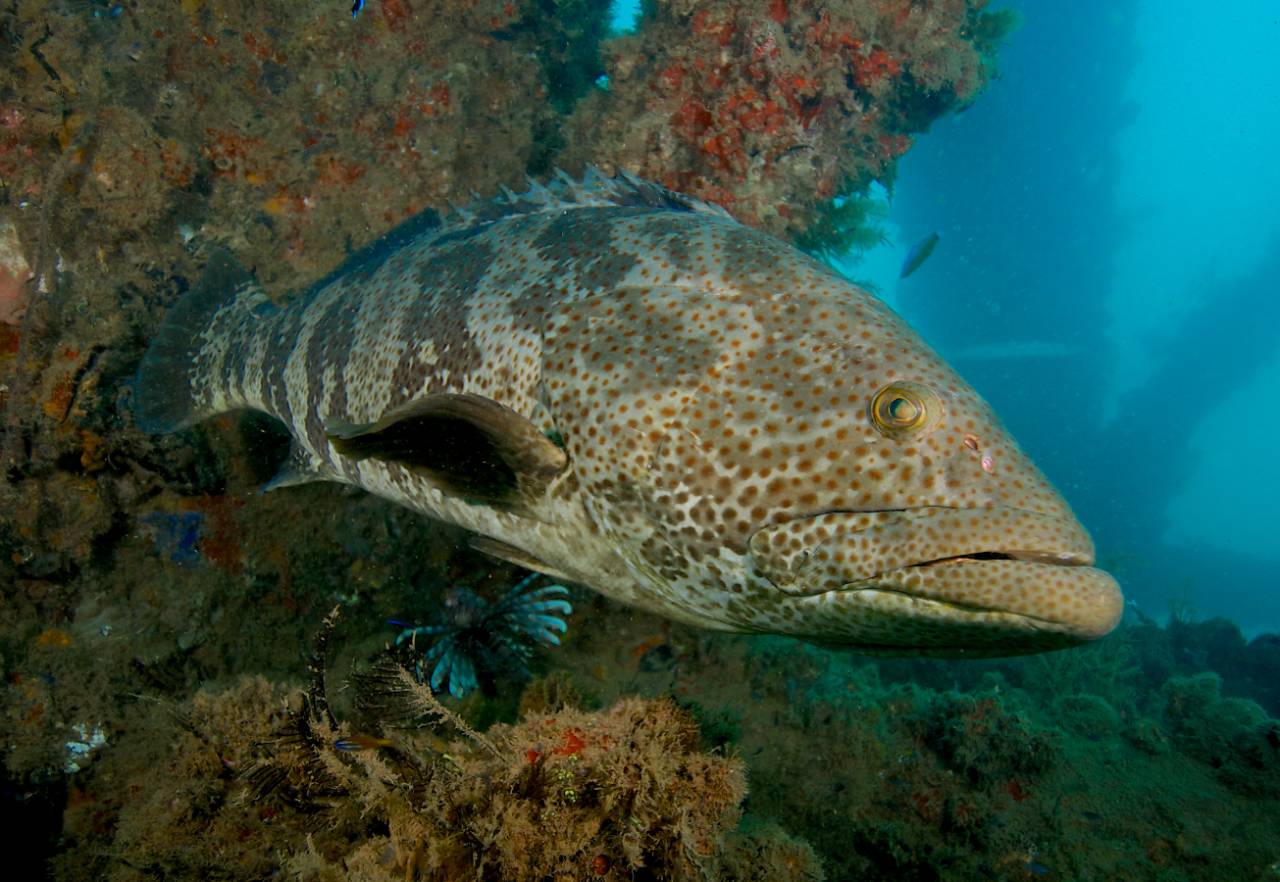 The BFG (Big Friendly Grouper) under the Navy Pier.

And, speaking of big sea creatures, no visit to Exmouth is complete without stopping by the Big Prawn for a Big Selfie. 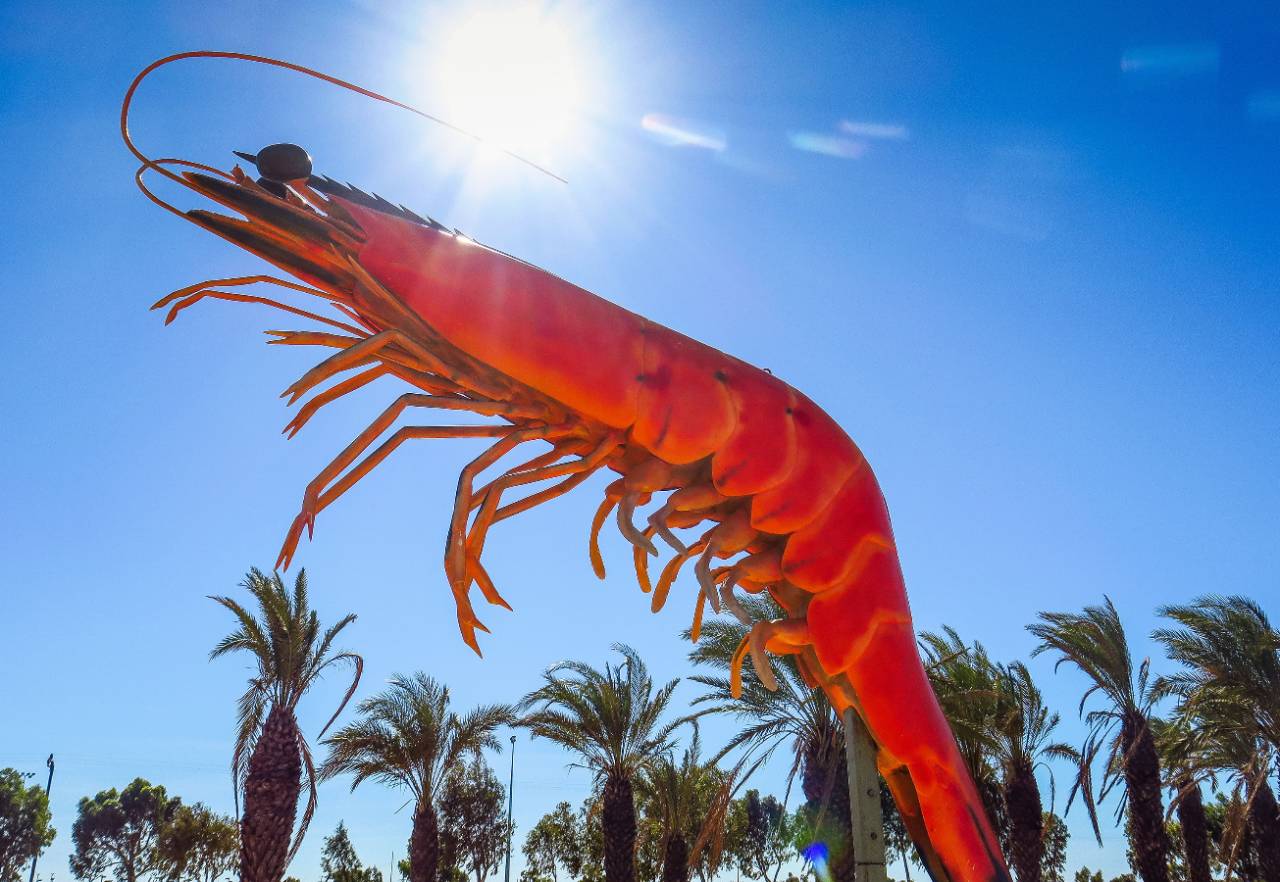 Exmouth by the numbers

250 – The number of coral types found in Ningaloo Reef.
300 – The length in metres of The Navy Pier, one of the top 10 shore dives worldwide.
500 – There are more than this number of fish species found in Ningaloo Reef.
1,249 – The distance in kilometres by road from Perth to Exmouth.
2,000 – The weight in kilograms of the Big Prawn, one of Australia’s Big Things.
6707 – Exmouth’s postcode.
18,688 – The typical weight of a whale shark, the world’s biggest fish.
Discover what puts Wynward and Table Cape on the map.
^nbn is very happy with Tim and Pete’s experiences with the nbn™ network. Of course, end customer experiences may vary. An end customer’s experience, including the speeds actually achieved over the nbn™ network, depends on the nbn™ network technology and configuration over which services are delivered to their premises, whether they are using the internet during the busy period, and some factors outside of nbn’s control (like their equipment quality, software, chosen broadband plan, signal reception, or how their provider designs its network). Speeds may also be impacted by the number of concurrent users on the nbn™ Fixed Wireless network, including during busy periods. Sky Muster™ satellite end customers may also experience latency.